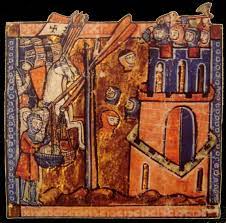 Nur al-Din Mahmud was a brave military commander of Sultan Ayubi, a member of the Zengid Oghuz Turkish dynasty, who ruled the Syrian province of Seljuk (Sam). He was the most dangerous Muslim enemy of the Crusaders.

Another great actor in the Great Seljuk series, Egemen Yavuz, will play Salahuddin Ayubi’s uncle, known as Shirkuh (lion of the mountains) in this project.

Further details will be shared soon.