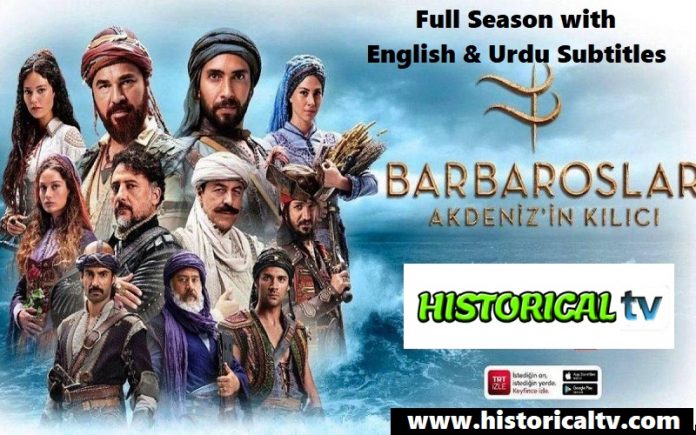 Oruj and his companions are moving forward in an abandoned area of the Mediterranean. The ship continues on its path without facing any problems even after hitting some rocks. Baba Oruj said to the sailor to be careful. At this moment a pirate considers it as a commercial ship and he makes a plan to snatch the wealth on Oruj’s ship. While crossing a narrow pathway, Oruj suspects something unfavourable and orders his soldiers to fill their cannons on the ship.

The men of pirate Enrico have set a plan to attack the ship and wait for the right time to attack. Ilyas tried to help his brother Oruj. Oruj saw the ship at some distance but he became more distrustful of it. Now Oruj realized that war is now to be expected. Pirates started bombardment but Oruj asks his soldiers to have some patience and ordered them to fire at the right time. A great war starts between the two ships. Pirates try to plank on Oruj’s ship while Ilyas and other soldiers are trying to guard the representative on the ship.

Meanwhile, Oruj arrests Enrico and declares that he will be executed.  Oruj kills Enrico and hangs his body at the place where everyone can see his dead body easily to teach a lesson to other pirates. Ishaq is the elder brother of Oruj who lives on Lesbos island and he is waiting for the arrival of Khizir. After a short interval of time, Khizir appeared there and having some books in his hand and he talks to his brother. With the arrival of his younger brother, Ishaq becomes very happy.

Oruj divides the loot among his soldiers after the fight has ended. Khizir seeks permission from Ishaq to meet the Suliman urgently. Isabel, a woman runs and enters the inn in Alexandria and she talks to the merchants sitting there. One of Isabel’s old servants is very disturbed with the doing of Oruj and calls him a dangerous man. The name of the servant is Cafer. Khizir went to the house of Suliman and tells him what he has learned about the hidden secret.

Suliman says that papa Borgia is a very treacherous man he will work very hard to get cleave to this secret. Khizir tells him that he will go to the Kalymnos island to save both Shehzade and to loot the secret key. Khizir came to know that a very dangerous man named Pietro is protecting the Murad. At the same moment, a man goes to the dungeon and talks to a hostage there. Suliman did not like Khizir’s plan and tries to change his mind about doing this. Khizir tells Suliman that he has already made a plan and has prepared every detail.

The man who entered the dungeon was Pietro and by telling him that he is a Muslim, he gets some important information from the hostage. After getting the information the assistant of Pietro kills the prisoner. Zeynep is a woman who works in an orphanage in Alexandria needs some strong medicine to heal a boy. Zeynep said that she wants to go to the Kalymnos to find the cure for this disease. Oruj came to know that the man he has killed is the brother of a famous pirate named Poseidon but he said that it is not a big deal.

An escaped pirate from the ship found Poseidon and told him that Baba Oruj has killed his brother Enrico. Poseidon was very sad at this news and in great anger, he ordered his army to get to know everything about Oruj. On the other side, Khizir talks to Niko and make him ready to help him out in his plan. Oruj has a conversation with his brother Ilyas that he is going to unite all the sailors of Turks. On the other side, Cafer talks to Isabel’s father and warns him about Oruj.

Pietro told that he has got rid of Muslims in Spain already and now he is about to reach the great secret. At the same time, the soldiers from Spain contacted Pietro, then Pietro gave this good news to his soldiers and give them gold in the shape of congratulating them. The next morning Khizir and Niko went out for Kalymnos. Zeynep had a conversation with a merchant there on the ship. Ishaq started wandering in search of Khizir. Isabel came to know that Oruj has killed Enrico.

She thinks that this will make Antuan angry. Now the ship of Oruj has reached Alexandria. And his people were very happy on listening to the news about the execution made by Oruj. Oruj goes to his house and talks to Despina. On the other hand, Ilyas moved to the inn and started talking to the girls there. Isabel asks him about Oruj. Oruj told Despina that he is now going to Lesbos island, on hearing this Despina was very happy and accepted his present.  Kilic came to know the doing of Oruj and asks his son that he will go to meet Oruj the next day.

Then Oruj went to the inn .But Isabel got very angry with him. Kilic came to the inn while Isabel told Oruj about the power of Poseidon. Kilic congratulates both Oruj and Ilyas on what they have done. Poseidon came to know everything about Oruj . And he learns that his brothers live on Lesbos island. Khizir has reached the Kalymnos island and pretended to be the blacksmith. After a little late Pietro and his assistant, Diego goes to the blacksmith. Khizir shows them the big bell he has prepared for the Church.

Diego did not like him and asked him about his companion blacksmith. Khizir did not tell him the truth and started telling about the bell. Cafer asks for help from the son of Kilic against Oruj. Cafer took some money from the father of Isabel and went to the slave market to buy some slaves to kill Oruj. The bell prepared by the Khizir blasted during the ceremony.

The soldiers who were protecting Murad tried to take him to a safe place. But Khizir followed them clandestinely. A soldier reveals that Zeynep is a Muslim.And maybe she has something with the blast. The Zeynep was arrested. Khizir killed the Christian soldiers and saved the Murad from them. Poseidon went to the Lesbos island and found the house of Ishaq.

The slaves bought by the Cafer attacks Oruj and his younger brother Ilyas, a fight starts between them. Khizir saw the soldiers had arrested Zeynep. And he tried to save her. Poseidon wounded Ishaq and killed his whole family at the spot. Khizir tried his best to escape with Zeynep.But he was stopped by the soldiers at the end of a cliff. The slaves of Cafer arrested Ilyas. 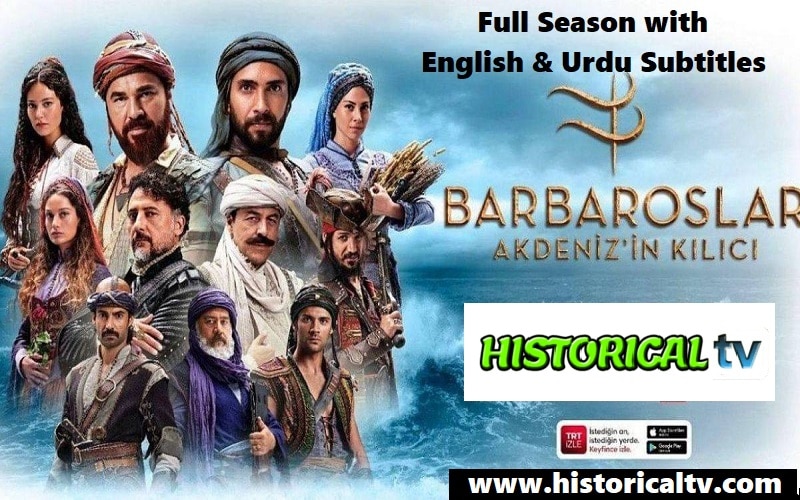 Barbaroslar Season 1 will on air from 16th September 2021. If you feel irritated because of the ad breaks and some other issues, then ads-free permanent access for watching Barbaroslar Season 1 English subtitles can be achieved by subscribing membership at multipointtv.com. you can also download the episode to watch on Big screen TV in 1080 resolution.