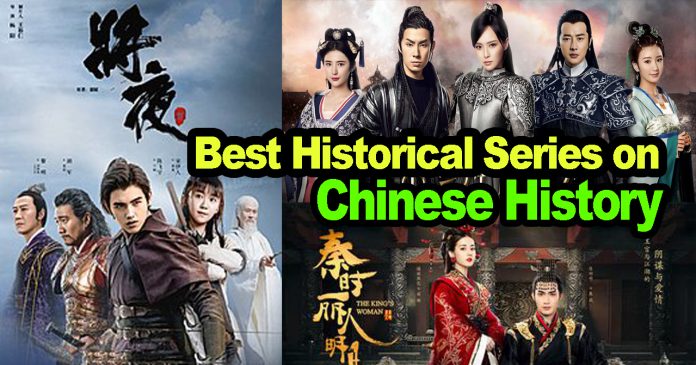 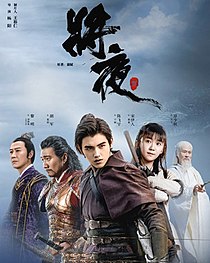 It is based on Mao Ni’s Novel. It is designed in 2018 in Chinese. The main character of this story was chen Feiyu & Song Yiren. This Chinese drama story takes place in the Tang dynasty and centers on young man who fights for justice in order to take revenge. The first season contain 60 episodes. The family of this young man was slaughtered without any reason. He survives in very difficult situations. In the story, he is very thankful for his wits and sometimes also for his cruelty. It has the second season also which was premiered in January 13, 2020, which contains 43 episodes. And Dylan Wang was replaced by Chen Feiyu. So, as yweigh ou might have guessed the protagonist of this series is to try to take revenge. After some time the situation becomes more complicated and later on, it became very interesting, when he meets a girl who appears to be mysterious reincarnation.

EVER NIGHT is a good Tv series of cinematography, choreography, memorable scenes, and characters. If you love historical, fantasy, and adventurous dramas, so this is the best TV series designed for you.

The princess Weiyoung is a 2016 Chinese Historical TV series, whose main character is Tiffany Tang.  This Tv series is adapted from the novel “The poisonous daughter” by Qian jian and is a fictionalized account of Emperor wencheng of northern Wei’s reign and regency of Empress Rent (Wencheng). This Tv series was aired on Dragon TV and Beijing TV from November 11 to December 9, 2016. 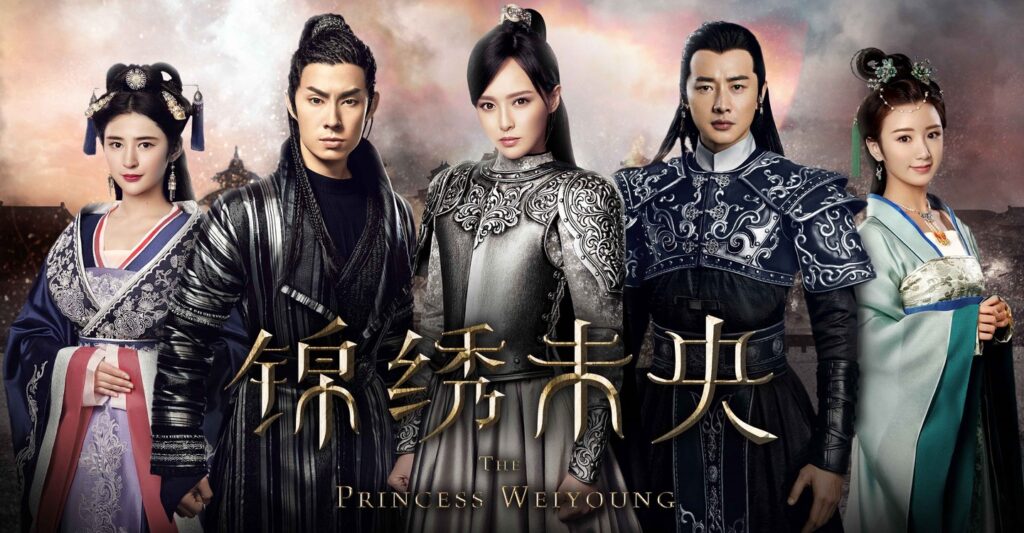 The legend of Dragon pearl is the 2017 Chines Historical TV series. The main character of this Tv series was Yang zi, Qin junjie, Shu chang, and Mao Zinjun. This Tv series premiered on Anhui TV and Beijing Tv. At 22:00(CST), it aired two episodes per day from Monday to Wednesday. It consists of 90 episodes. 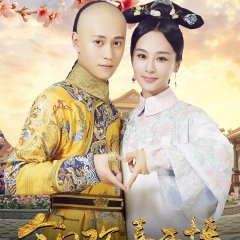 The story of this Tv series is also about taking revenge in which, the Li Yihuan and their descendants of many dynasties retreats to Dragon pearl canyon after the conquest of Qing. They learn new skills in the Dragon pearl Canyon. They also train the Mind dynasty there. In the Dragon pearl Canyon, the teacher ordered the princess of Mind dynasty to get close to Kangxi Emperor and to seek the opportunity of taking revenge from them. However, the princess accepts the order and spend time with the Kangxi emperor. After this, they bicker and fall in love. So the whole story is based on taking revenge.

The Ruy Royal palace is 2018 Chinese TV series based on Novel Hou Gong Ru yi Zhuan. The main character of this TV series was Zhou Xun & Wallace huo. It has only one season which contains 87 episodes. It also aired on Tencent video starting from 20 August to 15 October 2018. 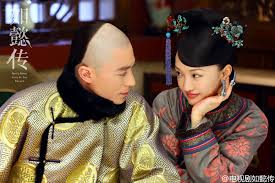 In this Tv series, the Ulanara Ruyi was the nieces of the Empress and childhood lover of hongli, fourth prince. In the beginning, Ruyi was selected as the official wife of Hongli, but then fell her out of the selection. Hongli mother Niohuru zhenhuan reveals to the emperor that Empress is killed by the former empress. The emperor ordered to lock the aunt of Ruyi. After this, this the Ruyi’s aunt was poisoned by the Hongli mother Niohuru Zhenhuan. Before her death, she requested to Ruy that, you should be the third empress of Hongli prince. To fulfill this aim she seeks to be the third empress of Hongli prince. For this, she also applies different techniques and faced a lot of problems.

The General and I is the 2017 Chinese Historical TV series, which is based on Novel Rent Nong’s. The starring of this TV series was Wallace Chung, Angela baby, Sun yozhou and gan tingting. This TV series is directed by Ju jueling and written by Zhang yangchen. It is aired on Human Television from 2 January to 2 February 2017. This TV series has 62 episodes.

In this TV series, the mansion of prince Jignan was under the attack and destroyed overnight. So he Xia (Son yozhou) and his attendant Angelababy were forced to leave that kingdom of Yan. After leaving this kingdom, she takes refuge in monastery where she met with powerful general Chu beiji (Wallace Chung) of the jin kingdom. Chu beiji recognize that it was his first love. But their current situation make it difficult for their relationship be a cause of their opposite kingdom.

It is also known as “Battle through the heavens”. Fight breaks sphere is 2018 Chinese TV series, which is adapted from the eponymous novel of Doupo cangqiong, starring Leo wu, lin Yun, Baron Chen, Li qin, Xin zhilei and Liu meitong. This Tv series airs on Human TV on September 3, 2018, to October 25, 2018. It is written by Zhang ting. Fight breaks sphere consists of 3 seasons and 45 episodes. 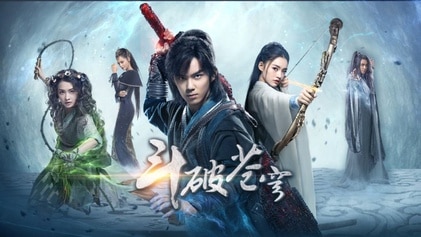 Xiao Zhan (Yu Rongguang) was the father of Xiao Yan(Lin Yun). The mother of Xiao yan was killed by the enemies, when  Xiao yan was nine years old. But the Xiao yan father didn’t took any step against this cruelty. The Martial Arts of Xiao yan had make no progress until he was at the age of 15. With the help of Yao Chen (Baron Chen), the Xiao yan make progress in the martial arts. Later on he joins the Jianan Academy and extended the hand of friendship to all the students of the academy. In this whole series, he is in search of the person who killed his mother. It is also a sort of taking revenge.

The Ashes of love is a 2018 TV series, based on the Novel Heavy sweetness. The Ashes of love stars Yangzi and Deng lun. This TV series was premiered on Jiangsu TV on August 2, 2018. It was written by Ma jia, Xu Zishan, Liu Feline, Chen lusha and Zhang yuan’nang. And was directed by Zhu Ruibin. The ashes of love consist of one season, which contains 63 episodes. 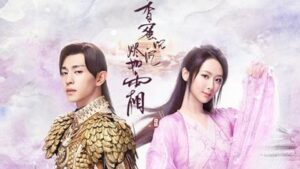 Jin mi mother dies just after giving birth to her. Before her death, she saw a prophecy that my daughter will face some hardship in the first thousand year of her life if she fall in love. For avoiding this hardship, the mother of Jin mi gave her a magical pill that prevents Jin Mi from falling in love. For avoiding falling in love, she joins different brunt of many jokes.The Jin Mi was tricked that her father was killed by Xufeng(most powerful person) because the God Xufeng and God Runyu, both love the Jin mi. After decade, the Jin mi was ascended the throne as a heavenly emperor. And the Xufeng want to defeat the Runyu for sake of getting the Jin mi and his love. So, in order to make a peaceful society in the world and avoid bloodshed ultimately Jin mi sacrifice herself.

The king woman is 2017 Chinese TV series. This Chinese TV series stars Dilraba Dilmurat and Vin zhang and adapted from the Novel “The legend of Qin”. The king woman TV series aired on Zhejiang TV every Monday to Wednesday started from 14 August to 4 October 2017. It was written by Chen Huiru and Zhu Xianzhong. It consists of 48 episodes and contains no other season. 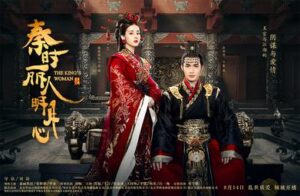 Legend of Lu Zhen is Chinese TV series in 2013, which is based on the novel “Female prime minister”. It was directed by Li Huizhu, Zheng wei’en, and Liang Guoguan. And the starring of this TV series was Zhao lying, Chen Xiao, Qiano Renaliang, Yang Rong and Tong Yaxin. It has 59 episodes. 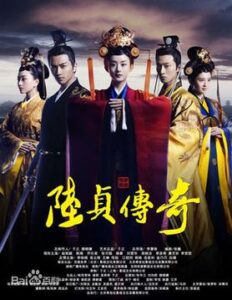 This TV series story is based on a girl, who wanted to be the Prime minister. Her name was Lu Zhen. She was very hardworking and intelligent girl. She ran best the family business related to porcelain, with the love of her father and her jealous mother. Due to becoming more formal and responsible and especially by arranging her marriage activities, her stepmother was jealous and poisoned the father of Lu Zhen. After poisoning the father of Lu Zhen, she attempted to frame Lu Zhen for murder. When Lu Zhen was acquitted, so her stepmother arrange her to marry off to the old man, from which Lu Zhen disagreed and fled away from her home and was rescued by the prince name  Ghao Zhan (Chen Xiao), who later falls in love with her. And the same situation was with Ghao Zhan (prince).  However, when the father of the prince was killed by the stepmother. So the stepmother of Ghao Zhan usurped the Ghao Zhan and that of his own son. For getting the throne he used Lu zhen, by sending her to the palace as a maid. She came to the palace with an aim, to rise up to the sixth rank female official. By rising to the sixth rank, she would be able to appeal the supreme court to reinvestigate the murder of the prince’s father. Lu Zhen was making progress with the help of her hardworking, sits, and intelligence. Later on, she claims the right person of the throne and invited the Ghao Zhan to be the throne.

God of war series is also known as “Chinese Hero of Zhao zilong. It was released under the title “Dynasty warriors”. It is 2016 Chinese TV series, which was directed by Cheng lidong. The starring of this TV series was Lin gangxin, I’m yoonah and Kim jeoang-hoon. The story of this Chinese Historical TV series is based on 14th century classical Novel. In the aired version of this TV series, it contains 49 episodes and in the original version, it contains 60 episodes. 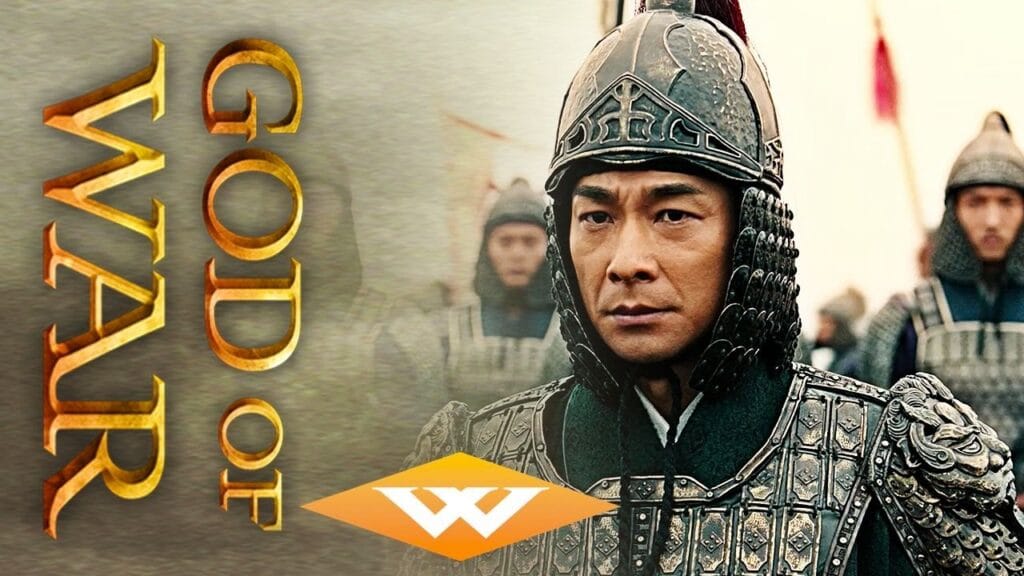 Zhao zilong is the best intellectual warrior, who lived in the Early Three kingdom period and in the late Eastern Han dynasty. With such courage and skill of fight, he served Gongsun Zan. And continue his career as a member of the famous five Tiger generals. With the passage of time, he falls in love with the beautiful Xiahou Qingyi but another also named Gao Ze, now it will discover that is the battle of the heart are dangerous than others.