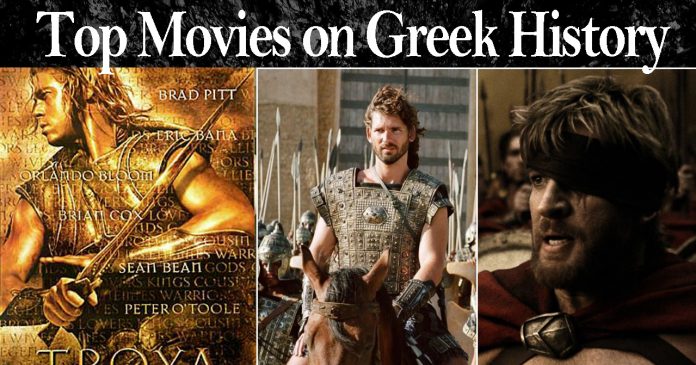 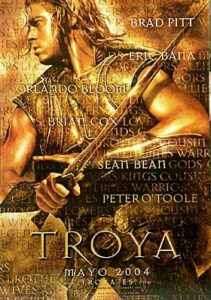 In 2004 the Troy movie was broadcasted, which was written by David Benioff and was directed by Wolfgang Peterson. The starring of the Troy was Ornaldo Bloom, Brad pitt, and Eric Bana. Myrmidons which was leading by Achilles wants to in ad the Troy city and occupy the land of Troy. For this, the Achilles took Myrmidons and their Army, which was resisted by Hector Army.

The prince of troy Hector and his younger brother Paris want to make their relationship good with Menelaus, in order to gain his wife named Helen because of some affairs with her. For this, Menelaus and his elder brother Agamemnon decide to invade the City of troy and prepare themselves for the war. And Greeks succeed in occupying the Trojan beach. The whole movie is based on the city of Troy and their wars.

Hercules movie was made in 1997 which was animate by American fantasy film. John Musker and Ron Clements directed this film. Hercules is the Roman name of Heracles, on which the story of the film is based. And the father of Hercules is Zeus( the god of sky and thunder ). It stars Tate Donovan, James Wood, and Susan Egan, etc.

The god Zeus had a son named Hercules, who was the hero. The God Zeus was jealous and grumpy as compare to the God Hades, the brother of Zeus. Once, the Hades plans to overthrow the rule of Olympus which was ruled by Zeus. But his son Hercules, which has a God quality, was a type of hurdle in the way of Hades in overthrowing the rule of Olympus. For this, he sends the two kidnappers named Pain and Panic to kill the Hercules, but they failed. The whole story is based on the God qualities of Hercules in ancient Greek.

Spartacus is an American historical movie of 1960, which was directed by Stanley Kubrick. This movie is based on the novel with the same name. It stars Kirk Douglas and Marcus Licinius.

The Roman Republic had started corruption in the first century. One of them was Spartacus, who was incapable and uncooperative. But, he was a good flutter of a businessman Batiatus, who was always inspired by his fluttering. So the businessman Batiatus sell his gladiator school on Spartacus. He makes quiet relationship with the woman named Varinia there. But one day the Roman senator Marcus licinius visit the gladiator school and see that woman names Varinia. In order to gain varinia, he tried wants to finish the Spartacus. For this he ordered his bodyguards and put thee, Spartacus, in the dungeon.

This movie is based on the novel with the same name and was published in 1964. Zorba the Greek was written, produce and edited by Cyproit Michael Cacoyannis and the starring were Anthony Quinn. It is based on The Life and Time of Alexis Zorba.

Basil is a writer in Britain of Greek-British, waiting in the mainland area of Greece at the Athens port. After some time he meets with a musician named Zorba going in the boat who has melodious sound and was going to the Crete. In the Crete, his father has owned some piece of land, and want to go there. When they reached there, they drove in the car into a village and meet a beautiful and young widow named Madame Hortense. But the Basil has some affairs with the old widow and gradually he falls in love. The next morning he sent Zorba to the town of the Chania to buy cable and some other supplies. But here he spent a night with an old widow, due to which the people of village angry with the Basil, but unfortunately he suicide by drowning. And the people of the village make the widow responsible for the death of basil.

The Trojan woman is 1971 historical movie of British-American-Greek which was directed by Michael Cacoyannis. It stars Vanessa Redgrave and Katharine Hepburn.

The Trojan women were the brave and courageous women, who fight best in the battlefield of Trojan wars. The mother of Hector and the Queen of Trojan was named Hecuba, who was more brave and courageous as compare to other women of Trojan. Hector was died and his wife name was Andromache and son named Astyanax. The Hector wife wants to raise her son in wars. The Greek messenger inform the King Agamemnon about rising of Hector son in wars. Then the king Agamemnon ordered to his warrior that, Hector son should died in as soon as possible.

In 1961, The Guns of Navarone movie was made, which is a British-American movie. This movie was directed by J.lee Thompson. The movie is based on the 1957 Novel of the same name. This movie was made after the battle of Leros which was fought in the Second World War. Anthony Quinn and David Navin is the starring of the movie.

The movie is based of Navarone in which, Maj. Franklin is leading the Allied team, in which the team is composed of Captain Keth Mallory and SPY officer Colonel Andrea wants to destroy the Navarone city. But the Maj. Franklin was then injured badly, in order to take rest, he takes shelter in a mountain where the two local fighters and sister of Spyros Maria and her friend Anna helps Maj. Franklin but later on Anna was also declared as a culprit and Maria shoot her.

The Fury of Achilles is a historical movie of 1962 of Italian. Marini Girolami directed this movie. The starring of this movie is Gordon Mitchell and Piero luili and was written by Homer.

The wife of Menelaus, princess Helen was abducted by Paris. But infighting, he faces the invincible hero of Achilles and they were also leading the Myrmidons. The Greeks want to destroy Troy but it was not made possible for 10 years. Patroclus has God qualities and was very brave and he was the best friend of Achilles. But unfortunately, he was killed by Hector. Later on, the Achilles killed the Hector as he killed the Patroclus.

The 300 Spartans movie is a 1962 movie that presents us with the background of The battle of Thermopylae. This movie was filmed with the help of the Greek Government. In the village of Perachora, this movie was shoot. It stars Richard Egan, David Farrar, and Barry Coe. This film is based on the war, which was fought between Persian and 300 Spartans.

The Persian king Xerxes along with his vast army went to Europe and decide to defeat the small states of Greece city, he not only wants to defeat the cities of Greece but also wants to take a type of revenge of his father defeat which was fought before 10 years in the battle of Marathon. In Corinth, the Persians got some support from Greece people and agree them to fortify the narrow pass. But after passing some time, the warrior king Leonidas, recognize the negative intention of the Persian, for this, he wants to collect his army, he went to Sparta and collect the army of 300 and attack the Persian from another side.

Alexander 2004 is a historical movie of Macedonian King. It stars Collin Farrel and was directed by Oliver Stone. The University of Oxford also publishes the book on Alexander The Great.

The story is of 283 BC in which the mother of Alexander, Olympias grows up his son. The tutor of Alexander was Aristotle, who was a great philosopher and has imagined honor, love and military Combat inside Alexander. Alexander’s father marries the second wife due to which Alexander always argues with his father about his marriage. He fights with much brave with Persian.

In 1967, this film was produced and was directed by Pier Paolo Pasolini. It was written by Sophocles. In Morocco, it was mainly shot. It stars Silvana Mangano, Franco citti and Carmelo Bene. Before the war of Italy, a son was born. But the father of that baby was jealous of the son. He takes his baby son into the deserts and leaves him there. But the king Polybus rescued him and brought him to his home. He and his wife named him Oedipus. But as he grew up, he became familiar with his prophecy and went to kill his biological father but he was not familiar with his real father. He went and kill him and married his mother. After doing such evil, to punish him severely.