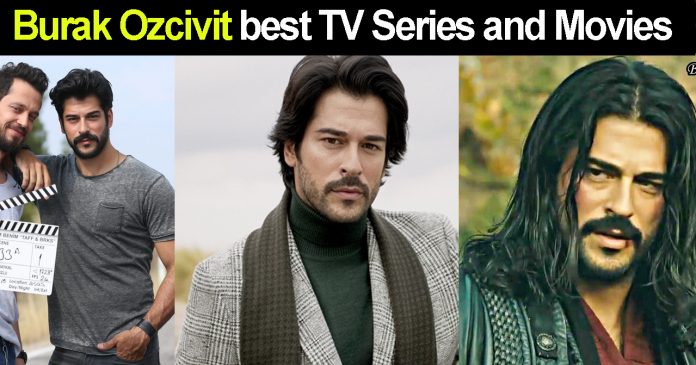 Burak Ozcivit was born in 1984 in Istanbul. After graduating from the photography department at Marmara University, he started modeling. He participated in the Best Model of Turkey competition in 2005 and won this competition. While everyone was waiting for Burak to make a career in modeling, he started his acting career. Burak Ozcivit first appeared in a detective drama, and the next year, Musallat, the first motion picture in his career, was released. Burak’s career started to rise in 2008 with the television series Baba Ocagi and worked on numerous projects since then. Some important television series and movies in Burak’s career: 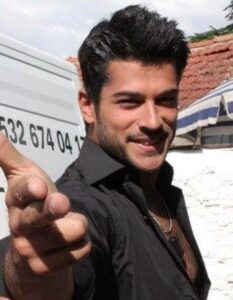 Baba Ocagi, one of the first important television series in Burak Ozcivit’s career, started in 2008. Halil works as a farmer in a small village in Mugla. Halil has two sons, Murat and Guven (Burak Ozcivit). Halil thinks that his sons are studying at the university in Istanbul and after school is over, they will become agricultural engineers and return to the village. But the truth is very different from what he thinks. Guven and Murat want to be musicians and even secretly form a music group for it. Halil learns that his children are not attending school and goes to Istanbul. Guven and Murat realize that their father has learned the truth and forcefully return to the village. Guven and Murat, who are used to city life, cannot get used to the village and funny events happen to them. Later, Guven and Murat’s friends come to the village from Istanbul and things get even more complicated.

The series is seen as a Turkish adaptation of the famous American television series (Gossip Girl). Burak Ozcivit plays the role of Cetin, a rich, pessimistic, and extraordinary person in the television series. The other main character of the TV series is Su. Su is the daughter of a wealthy family and lives with her grandmother. People around her are often jealous of Su, and this affects her deeply. Meanwhile, Cetin creates problems around him just for fun and often fights with his half-sister Aysegul. The subject of this television series is that while rich children seem to have a beautiful life from the outside, they all have their own problems and how they hide them.

This TV series starring Burak Ozcivit is based on the famous novel of Turkish novelist Resat Nuri Guntekin. Feride is sent to her relatives by her father after losing her mother. Feride meets his aunt’s son Kamran (Burak Ozcivit) here. Meanwhile, Kamran is a successful doctor working at a hospital. One day, Feride learns that Kamran is getting closer to a sick middle-aged woman and threatens to tell him all the facts to her aunt, Kamran’s mother. Kamran begins to pretend to have a date with Feride to calm her down. Meanwhile, Seyfettin, Kamran’s father, is caught by the plague and is about to die. Kamran transfers blood to Seyfettin and saves him, even though he knows it is illegal. Selim finds out about this and complains about Kamran. Kamran escapes the death penalty but is later caught. This television series, which was broadcasted for two years, was loved by the audience despite its heavy drama.

Hakan (Burak Ozcivit) is a musician and does not get along with his brother Ozan. Ozan is a famous pop star. Ozan’s and Burak’s father, Erkan, fell ill and died soon after. This situation deeply affects Hakan and Ozan. Numerous events happen to two brothers because of their father’s will. An important film in Burak Ozcivit’s career, Kardesim Benim was released in 2016 and a sequel was made due to the success it achieved in a short time.

Burak Ozcivit plays the character of Kemal, who is a mining engineer from a poor family. Kemal is the son of a poor family and he has a brother who is jealous of him and a sister who admires him. Kemal meets Nihan and loves her very much. While Kemal is thinking of proposing to Nihal, Nihal’s brother Ozan kills someone. Nihal marries Emir to save her brother and refuses Kemal’s proposal by telling him that he is poor. Kemal then quits everything and starts working as an engineer in a mine in Zonguldak. Thanks to the measures taken by Kemal, nobody dies in the explosion in the mine. Kemal’s boss is very impressed by this and makes him a partner of his company. After this incident, Kemal’s life begins to change and he tries to take revenge on Emir, who took the woman he loved from him.

The Turkish army sends soldiers without the help of other states to bring peace to a country where civil war has dominated for seven years. Captain Alparslan (Burak Ozcivit) is the commander of the soldiers sent here. There are six soldiers under the command of Alparslan, each more talented and determined. These soldiers go to the place they were ordered and realize that there is a trap set against the Turks. All events begin after this point and the soldiers are subjected to a rigorous test.

Burak Ozcivit plays the character of Osman I, the founder of the Ottoman Empire, and shows the audience under what difficulties the Ottoman Empire was founded. This television historical tv series is also a continuation of Dirilis Ertugrul. Osman Bey, son of Ertugrul, wants to make a deal with the Byzantine governor so that the Turks can live a more comfortable and safe life, but the insidious traitors in the castle kill the governor. Everyone thinks Osman is the killer. Sheikh Edebali and his daughter Bala come to the borderlands. Osman clears his name by getting help from them. After a short while, a love affair begins between Osman Bey and Bala, but Sheikh Edebali does not allow his daughter to marry Osman. Osman cannot understand the reason for this decision but continues to follow Sheikh Edebali’s advice. Alisar, the ruler of the border region, secretly wants to make plans to get richer and even eliminate Osman. The number of Osman’s enemies increases day by day and finally, the Mongols come to attack the Turks. Osman Bey fights the Mongol commander Balgay and traps him. In the season finale, Osman defeats both the Mongols and the Byzantine Princess and seizes the Byzantine castle. All episodes of Kurulus Osman first season, which lasted only twenty-seven episodes, were watched with curiosity and excitement. While this television series successfully tells the history of Turkish and Islamic history, it also shows the love of Osman and Bala to the audience.