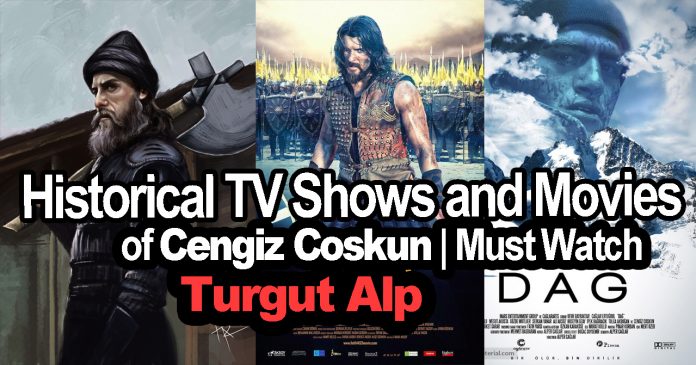 Cengiz Coskun TV Series and Movies you must watch

Cengiz Coskun started acting after winning a modeling competition in 2002. Cengiz played three episodes in the Ruzgarlı Bahce mini-series in 2005 and managed to attract attention. Later, he took part in a very big project, Fetih 1453, and after that, his career began to rise rapidly. The following year, he showed everyone that he is a talented actress with the movie “Dag” (The Mountain). He participated in the Survivor competition program for a short time. And at last, he played the character of Turgut Alp for five seasons in the series Dirilis Ertugrul, which was his biggest success.

Cengiz plays Tugrul, a special operations soldier. Oguz, the main hero of the film, decides to go to the military and goes from his city of residence, Istanbul. The other character, Bekir, is a soldier who has extended his military service for two years due to the indiscipline he has done. Bekir and Oguz often quarrel and sometimes even fight. The headquarters where these two soldiers are located is suddenly attacked and everyone is killed. Now Bekir and Oguz have to forget all their fights and defend their homeland. 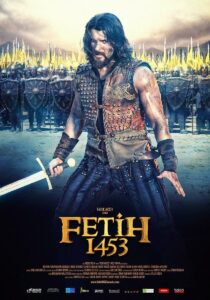 Sultan Mehmet II ascends the throne after the death of his father Murad and takes action to achieve what he has dreamed of since his childhood. The only thing Sultan Mehmet wants is to conquer Istanbul. Cengiz plays a famous mercenary from Genoa named Giovanni Giustiniani. At the same time, this movie is the most expensive in Turkish cinema history with a budget of over 18 million dollars. Turkish and foreign history professors helped to write the script so that the film reflects the history as it is. In addition, the film Fetih is the first Turkish movie to reach six million viewers in movie theaters. Giovanni Giustiniani, on the other hand, comes to Istanbul with his private army of seven hundred people and tries to defend Byzantium against Ottoman attacks.

This time Cengiz appears before the audience as Turgut. Turgut Alp is a very skilled warrior and unlike the others, he uses an ax while fighting. Turgut Alp is also one of Ertugrul Bey’s close friends and they always help each other. Turgut Alp has a loyalty to fulfill the duties that Ertugrul gave him without question. Turgut Alp marries Aslihan Hatun and this news makes everyone happy in the Kayi Tribe. But later, Aslihan tries to kill Sadettin Kopek and she fails. Kopek tries to defend himself and kills Aslihan. Ertugrul and Turgut come to the plain and at that moment Turgut learns that his wife was murdered. On the other hand, all the viewers can see Turgut Alp’s fighting skills in many of Dirilis Ertugrul’s battle scenes. Turgut helps Ertugrul Bey for five seasons and does everything for his tribe. In the 147th episode of Dirilis Ertugrul, Turgut Alp was seriously injured during the attack of the Mongols and after three episodes, the series ends.