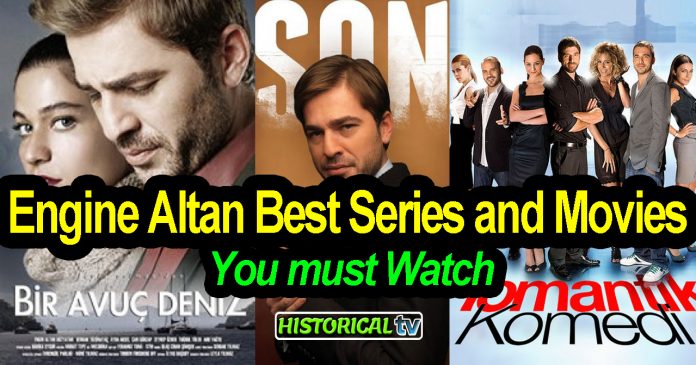 Engin Altan was born in 1979 in Izmir and started his acting career at an early age. Engin has appeared in numerous television series and films since 1997. In the early years of his career, he found himself a supporting actor infamous TV series (Ruhsar, Bizim Otel, Kocum Benim, and many more). In 2005, he starred in the short TV series Woman Always Right. Also, he played in theaters in various cities of Turkey and has developed himself. The best TV series and movies starring Engin Altan Duzyatan are below. 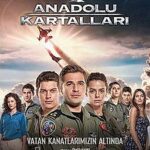 Starring Engin, this movie tells the story of five friends who want to become a pilot. Engin plays the role of Major Kemal and helps these five friends who have graduated from military school to become a pilot. Military planes and airports in Konya, Izmir, and Eskisehir were used for the shooting of this movie. Another important feature of the film is that it was shot for the centenary of the Turkish Air Force. F-16 warplanes and expert pilots from the air force were used in the shooting of the film.

Engin Altan plays the character of Sinan. The movie tells about the unfortunate but funny events that happened to five homeless friends. Because of the military coup in Turkey in 1980, it declared a curfew. Since these five friends have nowhere to go, they have to go out on the street and are arrested. Due to a mistake in prison, five friends go to the political crimes section. Things get tougher and tougher as the soldiers run the prison. Sinan (Engin) is another prisoner in prison and his only wish is to see the woman he loves again. These five friends decide to help Sinan. 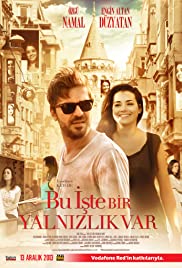 This romantic movie is inspired by Tuna Kiremitci’s novel. Engin Altan plays the character of Mehmet in the movie. Mehmet is a successful musician until recently. But as a result of some misfortune, he loses his reputation and success. Mehmet is now almost 40 years old, divorced, and earns his living by giving private guitar lessons. Mehmet’s ex-wife Nazli married another man and is still arguing with Mehmet. Mehmet’s only happiness is Ezgi, his little daughter, whom he can see even if only a little. Ayse and Orhan live in the apartment where Mehmet lives. One day, Orhan argues with Ayse and disappears. As time passes, Ayse gets worried and asks Mehmet for help. Mehmet starts to help Ayse, and in the meantime, unwittingly, he starts working in a band, forced by a friend. Mehmet realizes that he is alone and realizes that he cannot live this way any longer. After a while, Mehmet realizes that he likes Ayse and even loves her.

It is a Turkish adaptation of the Danish TV series “The Killing”. Engin Altan plays the character of Yilmaz, a vast successful cop. After Yilmaz works as a narcotics police in Ankara, he comes to Istanbul and starts to work at the homicide. Meanwhile, a murder occurs and that’s why Yilmaz and Zehra (Nurgul Yesilcay) start to work together. Although these two characters don’t get along well, they will do anything to find the killer. The television series, which was planned as thirteen episodes, was discontinued after the fifth episode, unfortunately, due to some disputes. 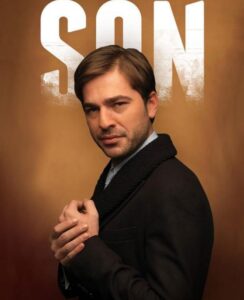 This series, which has psychological thriller features, lasted twenty-five episodes. The biggest difference of the series is that the story progresses from the end to the beginnging. Engin Altan portrays the character of Halil, a profoundly successful architect. Halil and Selim have been friends since their childhood. Selim marries Aylin and they have a son. Halil marries Alev, but this marriage is not a happy marriage. Halil does not go home as much as possible and deals with his work. Selim and Aylin prepare for their child’s birthday and decide to have a party. Halil and his wife go to this invitation. In this series, which seems to be about ordinary people with ordinary lives, things get more and more complicated and it turns out that nothing is actually what it seems. Selim goes abroad to attend a meeting the next day, but the plane Selim is on crashes. After this terrible crash, things get different for everyone. This television series, which has a plot that confuses viewers, lasted twenty-five episodes.

Dirilis Ertugrul, one of the most important TV series in Engin Altan’s career, tells about the history of Turk and Islam. Engin plays the character of Ertugrul. Ertugrul Bey is a member of the Kayi tribe and the son of leader Suleiman. Kayi is a tribe that is connected to the Seljuks and lives in the border region. Suleiman strives for the better life of his people and struggles against the knights of the temple. After Suleiman’s death, his son Ertugrul Bey becomes the leader. Ertugrul’s goal is to establish an Islamic state where everyone is free and happy. The fact that the place where the Kayis lived is close to the Byzantine Empire becomes dangerous for the Turks. Ertugrul Bey protects his people against Byzantine attacks and tries to restore peace in the region. Ertugrul’s life is full of difficulties and struggles. But the biggest danger to Ertugrul Bey and Kayis is the endless Mongol attacks. Besides, the childhood of Osman, who will establish the Ottoman Empire, is also told in the series. Ertugrul Bey teaches various lessons for his son Osman to be successful and just. Ertugrul and his friends start the war of independence against the Mongols in the finale of the television series, which lasts for 150 episodes.

Orhan (Engin Altan) is a prosecutor who believes in justice and is ready to do anything for justice. Meanwhile, a deputy’s son is detained as a murder suspect. Journalist Leyla also deals with this case and meets Orhan in this way. Some powerful people want Orhan to give up this case. Leyla tries to find these powerful people. Orhan’s sister Zeynep is killed and Orhan gets angry with this. Later, a woman appears who says she saw the murder and Orhan tries to protect this woman. While Orhan deals with the case, some unknown people kidnap an eyewitness. Meanwhile, Zeynep’s boyfriend tries to avenge his murdered lover. Orhan rescues the eyewitness and tries to reach out to some key figures to advance the case. Meanwhile, Leyla makes a secret interview with the eyewitness. Those who want to harm Orhan set a trap for him and make him look like he committed a murder. Orhan starts being searched by the police. Leyla helps Orhan to hide. Meanwhile, Orhan learns new things about his father and realizes that his father’s killer is actually nearby. Orhan tries both to find his father’s murderer and to save Leyla. This television series, which lasts only seven episodes, successfully describes the injustice of the 1970s.