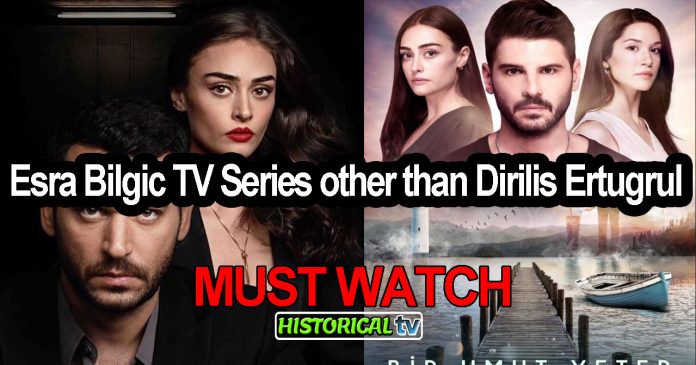 Best TV Series of Esra Bilgic other than Dirilis Ertugrul

Esra Bilgic is one of the finest actresses of Turkey. She started his career from Dirilis Ertugrul and got much fame and people appreciated her acting skills and her beauty. Her Followers boost up. So we have collected a list of TV series of Esra Bilgic for her Fans. 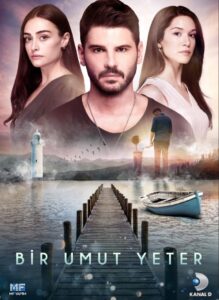 Bir Umut Yeter is another tv series of Esra Bilgic. Esra plays the character of Derya. Yilmaz (Tolgahan Sayisman) retired from military service due to health problems and lives a quiet life in a small island town. While Yilmaz wants to live a lonely life, he meets Elif (Hazal Subasi) unexpectedly and is very impressed by her joy of life. After a short while, Yilmaz and Elif get married, while Derya, her husband, and son have an accident at sea. Derya thinks her husband and son are dead. Yilmaz finds a little boy on the beach. Life starts to turn out good for Yilmaz. But these good days do not last long. Yilmaz learns that Umut’s mother is actually Derya and his whole world changes in an instant. Yilmaz starts working in a port to get away from all the complications in his life, but it turns out that his boss’s daughter is Derya. Derya is still upset that she lost her husband and child. Yilmaz writes an anonymous letter and wants to tell all the facts to Derya, but fails. Yilmaz also tells the truth to his wife, Elif. Derya finds this letter and learns everything, but Elif does not want to lose Umut. This television series loaded with heavy drama lasted six episodes. 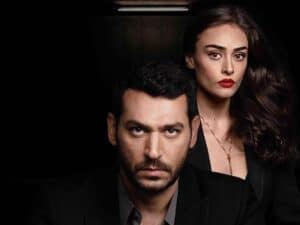 Another Series of Esra Bilgic is Ramo which is still continuing. Esra plays the Sibel character. Sibel is the daughter of a wealthy family. The other main character is Ramo. Ramo lives in Adana and works with his family in the cotton field. Later, Ramo starts doing the dirty work of Sibel’s rich father. After a while, Ramo can’t stand and decides to put an end to this unfair situation. Ramo loves Sibel, but the two are people of different worlds. Sibel also loves Ramo, but she can’t do anything because of her family. Ramo starts implementing his plans and takes Sibel with him. The television series, which started in 2020, has produced eleven episodes so far, and its new season begins in September. Ramo Season 2 will start in mid of September.