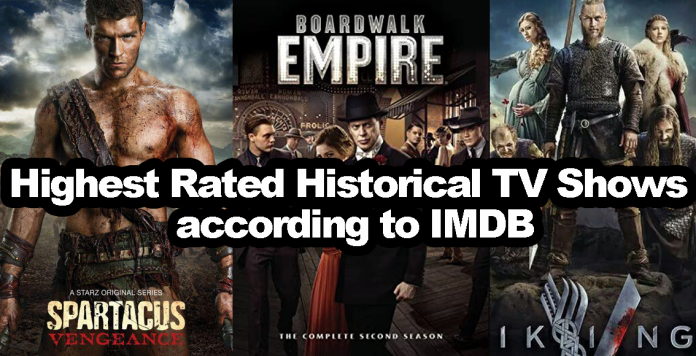 7 best historical TV shows according to IMDB with Highest Rating

TV is the source of entertainment for people for many years and they are fond of watching different tv serials. And if talking about historical TV series, people prefer it over other Tv shows. Some of the historical Tv series is based on the true-life story of a person, while others are just fiction. It gives us a variety of lessons. And it is a great source of entertainment as well. Here is a list of Top 7 Historical Tv series according to IMDB which used to be very popular among people and have got the best reviews. 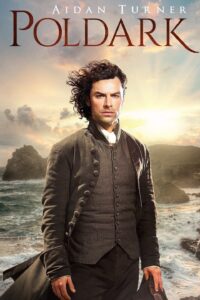 Poldark is one of the best historical Tv series which has been aired on BBC one on March 8, 2015. This series has been completed in 5 seasons. And its final episode has been on air on August 29,2019. It has won three awards. The first one is the Radio Times audience award won by it in 2016, the Impact award won by Aidan Turner (it’s a lead actor) in 2016, and the Satellite Award for Best Television Ensemble in 2018. It has been based on the novel of the same name. It has set in the late eighteenth century.

The role of Ross Poldark has been played by Aiden Turner. Who has won the award for his brilliant acting as well? This is a story of a man’s struggle to come back to his normal life again. Ross Poldark went to fight in the American revolutionary war. And upon returning he came to know that his father has died. His love of life got engaged and his property has been abandoned. Ross Poldark by his struggles and hard work want to normalize his life again.

The Last Kingdom is on no. 6th in the top 10 best historical series according to IMDB. It has been aired on the Tv for the first time on October 10, 2015. It has been on air on BBC Two in the UK for the first time. It is completed in 4 series, comprising a total of 36 episodes. The first series was 8 episodes. It has not won any award, while has been nominated in the IFTA awards for the best-supporting actress in the drama. It is a British historical fiction based on Bernard Cornwell’s The Saxon Stories series of novels. It has been aired in the US on BBC America but then Netflix got the rights and started solely producing it then. This series has been set in the late 9th century. 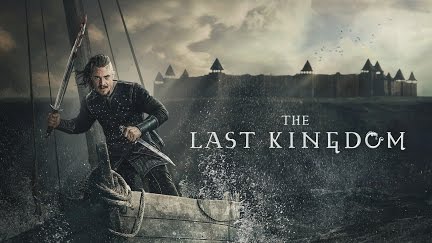 The lead role of Uhtred had been played by Alexander Draymond. It is the story of the man who has been born as Saxon but during the invasion of England by the Danes, they took him and upbrought him. Then upon conflicting, Uhtred loyalties were put to test that chooses either the one who did your upbringing or the one with whom you have a blood relation.

Call the midwife is a BBC period drama series about a group of nurse midwives working in London in the late 1950s and 1960s. Its first episode has been on air on January 15, 2012, on public Broadcasting service and BBC one in the UK. Till now, 9 seasons of this Tv show has been on air, comprising of 78 episodes in total. It has been won several awards. Among those are the National Television Award for outstanding Drama (2013), the British Academy Television Craft award For Best Director- Fiction (2013), the British Academy Television Craft award for Best Makeup and hair design (2013), and National Television Award for Most Popular period drama (2017). This series is based on the memoirs of Jennifer Worth.

The lead role of “Jennifer jenny Lee” has been played by Jessica Raine. It is the story of a group of nurse midwives working in the East End of London in the late 1950s deal with the pressure of their day to day lives while trying to cope with the changes in the world around them 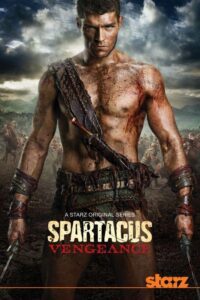 Spartacus is an American television series produced in New Zealand and premiered on Starz on January 22, 2010. It has been completed in 3 seasons, comprising 39 episodes in total. Its final episode has been on air on April 12, 2013.

The lead role of Spartacus, a Thracian slave has been played by Andy Whitfield. This is a story of a Thracian gladiator who from 73 to 71 BC led a major slave uprising against the Roman Republic departing from Capua. It is a tremendous adventurous Tv series. 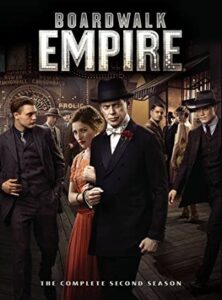 Boardwalk Empire is a crime drama produced in America and premiered on HBO. The first episode has been on air on September 19, 2010. It has 5 seasons, comprising 56 episodes in total. Its final episode has been premiered on October 26, 2014. It has been won round about 23 awards. Some of them are the Golden Globe Award for best performance (2011), the Golden Globe Award for Best Television series (2011), and the writer Guild of America Award for television (2011). This series is based on Boardwalk Empire: The Birth, High Times, and Corruption of Atlantic City by Nelson Johnson which is a non-fiction book.

The lead role of Enoch Nicky Thompson has been played by Steve Buscemi. It is a story of a Treasurer of Atlantic City. Who has a relation with the powerful community like gangsters and politicians and this results in the federal government taking a special interest in him? 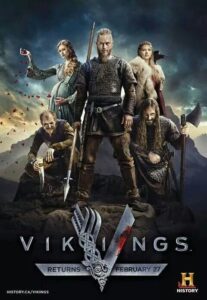 The lead role of Ragnar Lodbrok has been played by Travis Gimmel. It is a story of a legendary Norse hero who is a mere farmer and who rises up to become the fearless warrior and the brave commander of the Viking tribe with the support of his family.

It is a historical web Television series which has been made in the UK. Its first episode has been premiered on Nov 4, 2016. Till now 3 seasons have been on air, comprising 30 episodes in total. It has been premiered on Netflix. It has won a total of 16 awards. Some of them are the Golden Globe award for Best television series (2017), Screen Actors Guild Award for Outstanding Performance by an Ensemble in a Drama Series (2020), and the Empire award For Best series (2018). It is based on the award-winning play “The Audience”.

The lead role of Queen Elizabeth II has been played by Claire Foy (Season1-2) and Olivia Colman (Season3). This series is about the reign of Queen Elizabeth II. It begins with an inside look at the early reign of the Queen, who ascended the throne at age 25 after the death of her father, King George IV. As time passes, Romance and political rivalries are revealed, which play a huge role in her life. And then described the later years of the 20th century.