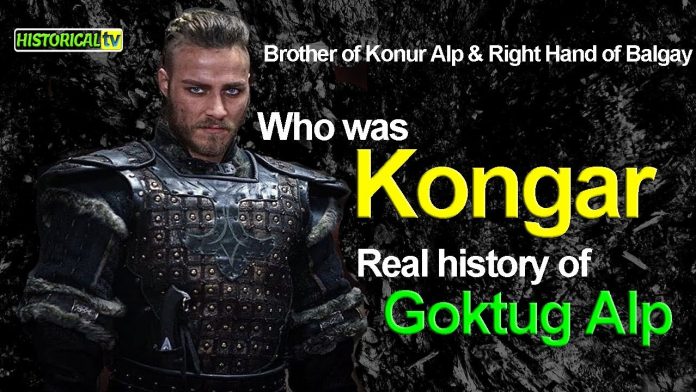 Welcome back with another historical article on Historical TV. Today, I will tell you about the real history of the good-looking and valiant fighter who is much attractive even he was against the Kayis. In Kurulus Osman, an actor named Burak Celik joined series while playing an important role of Kongar or Goktug. After viewing Kongar/ Goktug in the Kurulus Osman season, viewers started looking about this vital character in history. View this video till the end to learn about the complete life history of Kongar.

As we are well aware that Mongols were at their climax during the initial state of the Ottoman Empire. At that time, their only purpose was the enlargement of the Mongol Empire. So, they raided every land and every city which came across their path. When Mongols extended the Anatolia, they also attacked the Turkish tribes residing there to force them to obey or accomplish them. As we have also seen in Dirilis Ertugrul, Mongols invaded the Kayi tribe many times. But Ertugrul triumphed in responding to their assaults along with the assistance of his Alps. But there were many other Turkish tribes too. So, the family of the Kongar has also belonged to one of those tribes. His tribe’s name is still unknown.

The elder brother Konur Alp triumphed in reaching the Kayi tribe and later became a vital and closest companion of Osman Ghazi. On the other hand, Kongar was looked after by Balgay, who indoctrinates him about his religion and teenage memories. Kongar totally forgot his past. But Konur Alp still remembers his past. Kongar became a valiant fighter and Balgay was vanquishing a lot of areas by using him.  And this was the cause that made Balgay wish for the throne of the Mongol Empire. While attacking the areas, Balgay came to Kayi tribe. It was the time when Konur Alp acknowledged his brother. He was not ready to accept that his brother was brawling against him.  But he was forced to confess that after watching the mark on his neck.

From then, Konur Alp started to apprise to usher Kongar back to him. And the time came when he triumphed in regressing Kongar to Islam. Then Kongar also demonstrated himself a prime spy. He supported the Osman Ghazi to vanquish the Mongols. There is not any information accessible regarding his teenage and burial place. He consumed his entire life while brawling in the battlefields. It can be guessed that he would be buried near to his brother Konur Alp whose mausoleum is approximated to be located in Konuralp village in Duzce province, Turkey. And Allah (SWT) knows the best.