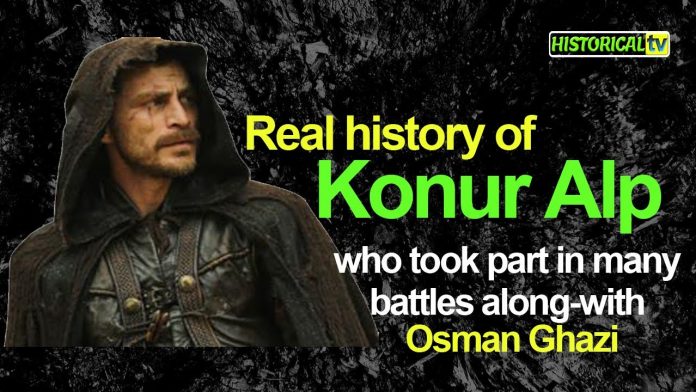 Before becoming the chief of the Kayi tribe, Osman Ghazi participated in many fights. In all his training and fights, some people were always with him and were very close to him. They all accustomed to go to different offensives and hunting voyages. Konur Alp was also one of those Alps that resemble Turgut Alp, Bamsi Alp, Abdurrahman Ghazi, SamsaCavus and Aykut Alp. After becoming the chief of Kayi tribe, all these close friends of Osman Ghazi became his most trusted warriors who lead a lot of assaults that took the Ottoman Empire to set up. Then the entire world saw a day when Osman Ghazi became the first eminent Sultan of the Ottoman Empire. Konur Alp was amid those trusted chiefs having anomaly.

Konur was also one of the first chief who works for the Ottoman Empire in its initiation stage. After the demise of Osman Ghazi, Konur Alp was the most trusted chief of Orhan Ghazi. Konur Alp was sent to vanquish the black sea areas under his rule. During that offensive, he vanquished areas like Akyazi, Melen River, and Mudurnu. These regions were named after him as Konur Alp Township in Duzce province, Turkey.

Real History of Konur Alp | A Brief to watch

In the great win of Aydos fort, Konur Alp was accompanying Abdurrahman Ghazi. Konur Alp also displayed great religious and army administration skills in the win of Bursa (1326 CE) but passed away exactly the same year, while doing preparations for the win of Iznik. It is assumed that Konur Alp was buried in the same Konur Alp Township which was named after him. The sepulcher outside the mausoleum of Ertugrul Ghazi is an honorary one. The district Hedek of Adapazari and the valley of Mellen River were named after him as KONURAPA.  The towns and villages like KonurHaciobasi, KonurDanaciobasi, etc are presently named after him even today. A museum named Konuralp Museum was built in Duzce province, Turkey on November 8th, 1994 CE by the ministry of culture.