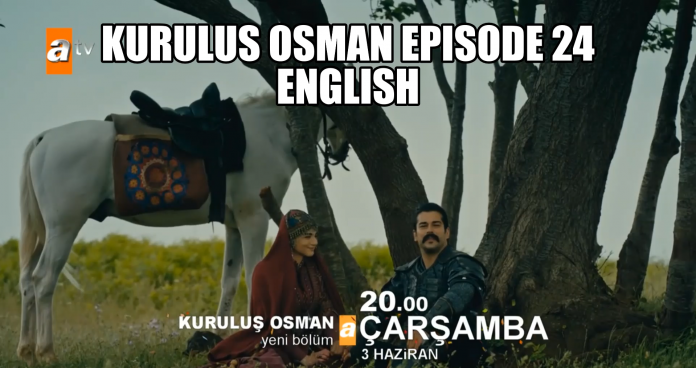 Osman Bey, Gunduz Bey, and Bamsi meet up in the forest. Konur informs Osman Bey about the activities of Boke. Meanwhile, Balgay and his troopers reach. Bahadir reaches to his father. Alisar Bey tells that he perceived the trap of Osman Bey and made a new scheme. Boke betrays Balgay to retrieve his honor. Alisar is very assured that he will trap Osman Bey. Osman bey reveals his plan to everyone. Then Balgay sets forth. Osman Bey talks before the attack and tells he will set up a new state. Alisar and Dundar squabble about who will kill Osman Bey. Alisar wants to capture Osman Bey and convey him to Geyhatu Khan. Sheikh Edebali speaks about the great battle Osman bey will fight and tells everyone to assist him. According to the plan of Osman Bey, Sheikh Edebali and Ahis will attack the castle of Alisar. Balgay and his troopers frame up their traps and start waiting. Konur informs Osman Bey about the war preparations made by Alisar. Osman Bey along with his Alps starts the first revolt against the Mongols.

Zohre is distressed about what will occur.  While Aygul tries to tranquil her mother, Burcin reaches and informs that Osman Bey and Bala got married. The supporters of the Dundar Bey in the plain have already been seized, and this thing makes Aygul very annoyed. Gunduz Bey and Ahis are secretly proceeding towards the castle in camouflage. Balgay and his troopers start attacking. Balgay considers that he attacked Alisar, but the people he murdered are just ordinary troopers. Dundar Bey and the Alps attack, while Balgay considers he triumphed. Troopers of Balgay die. Osman Bey and his Alps secretly proceed toward headquarter of Alisar. In Kurulus Osman Episode, Osman Bey gives the command for attack and the fight begins. The Alps of the Osman Bey are wounded, but Osman Bey does not stop combating. Osman Bey tells Alisar to become visible. Alisar appears and orders his troopers to come out of hiding. Boke and troopers appear from hiding. Meanwhile, Bala Hatun tries to get into the castle but fails. Bamsi and Alps start fighting. Aygul shuts the gate to defend the castle. Balgay opposes Dundar and talks to him.  Dundar and Balgay start brawling. When Dundar Bey is on the verge of defeat, Bahadir hits Balgay with an arrow.

Kongar and other Mongol troopers start shooting arrows from the hidden place. Osman Bey gathers more troopers and attacks again. Alisar and Boke try to run away from the castle.  The fight in the castle continues at full pace. Kongar and troopers attack Dundar Bey. The troopers of Alisar die one by one. The Alps try to break the gate of the castle. Zohre tells that she wants to run away from the castle, but Aygul stops her. At last the Alps break the gate and get into the castle. Bamsi, Gunduz Bey, Abdurrahman Ghazi and other Alps get into the castle. The troopers of Alisar die soon, Zohre has already slinked away. Selcan Hatun sets forth to capture Zohre. In Kurulus Osman Episode, The castle of Alisar is completely under the control of Gunduz bey. Alisar orders his troopers to cease Osman Bey and is concealed in the forest. Osman Bey kills everyone who comes in front of him and continues to follow Alisar. Bahadir reaches while Dundar Bey is on his way to assist Alisar. Bahadir doubts the behavior of Alisar and thinks Osman Bey might be right. Then Dundar sets forth to the headquarters. Osman Bey ultimately finds Alisar. Alisar apprises Osman Bey for the last time and tells him to give in. Osman Bey tells that everything is over and attacks Alisar. Alisar is wounded, but at the last moment, he flings a poison in the face of Osman Bey. Osman Bey starts to see fuzzy and becomes feeble. Osman Bey comes down to the ground.

Gunduz Bey waves the Kayi flag on the castle of Alisar. The Kayi Alps commemorate their winning streak. Bala and Selcan Hatun try to find out succession in the forest.  Aygul comprehends that they are being chased and stops to remove the footsteps. Zohre and Burcin continue to run. Dundar and Bahadir return to headquarter of Alisar and see the dead bodies. Bahadir proposes to chase the traces, but the Alps of the Osman Bey come to his way this time. Dundar realizes that everything is a trap. Bahadir and Dundar prepare for fighting. Konur tells that they did not come to fight and the Alps cover their swords. Boke reaches while Osman Bey is trying to murder Alisar.  Boke starts brawling with Osman Bey. Osman murders Boke even though he is poisoned. In Kurulus Osman Episode, Alisar attacks again, But Osman Bey defeats him again. Osman Bey seizes Alisar. Gonca and Bala are attacked by Aygul. Bala tells her that she does not intend to hurt her, but Aygul attacks even though.  Bala defeats Aygul. Selcan Hatun smacks Aygul. Aygul keeps speaking and says wrong things about Osman bey. Zohre and Burcin choose to go back. Osman Bey takes Alisar to the headquarters. Dundar conceals somewhere and listens to their discussion. Osman Bey says that Dundar was captured and Alps are bringing him to the headquarters. Osman Bey continues the discussion and says that the castle of Alisar is under the control of Gunduz Bey.  Osman Bey tells the offences of Alisar one by one. Osman Bey says Sofia was captured, thanks to Sunger Tekin.

Osman Bey tells that Alisar murdered Batur and after that married to Aygul. Alisar starts speaking about Dundar and says Dundar does everything to grab power. Alisar tells that Dundar is too foolish to doubt anything. Dundar cannot bear this discussion anymore and comes out of concealing. Osman Bey ceases his uncle and says him that he is behindhand. Dundar feels apologetic about his actions and sobs. In Kurulus Osman Episode, Zohre reaches while Selcan and Bala Hatun are taking Aygul. Zohre tells them to free her daughter. Dundar Bey expresses regrets to Osman Bey and requests the exoneration of his son. Dundar takes the sword of Osman Bey and tells him to murder him. Dundar says that he cannot live with this humiliation. Osman Bey says that his father Ertugrul Ghazi will make the commitment regarding his uncle. Zohre and Burcin attack but cannot succeed. Burcin is seriously wounded. Balgay cannot withstand it anymore and falls off his horse. Balgay gets annoyed at Cerkutay. Osman Bey finds Balgay, but Balgay is annoyed with him. Osman Bey informs to Balgay that Boke has betrayed them. Osman Bey tells that he will fulfill his promise. Selcan and Bala Hatun return to the plain. Gunduz Bey realizes that Zohre and Aygul are captured. Bamsi sees Burcin wounded and agonizes about her. Bamsi sends Burcin for treatment. Osman Bey and Kongar meet in the forest secretly and discuss Balgay. Kongar accepts the duty given by Osman Bey.