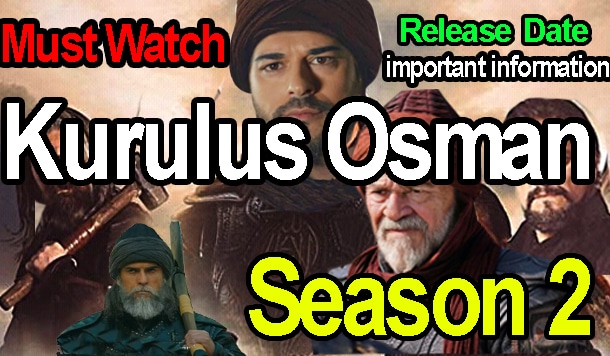 The Byzantine troopers brought by Princess Sofia surround Osman Bey. Osman Bey starts brawling with the Byzantine troopers and injures many of them. Wounded troopers fall down to the ground but get up again. Osman Bey prays to Almighty Allah and assaults again. Osman Bey ran away into the forest, but the Byzantine troopers follow him. Princess Sofia tells the troopers to send the bodies of Balgay and Cerkutay to Geyhatu Khan. Meanwhile, Aygul is still annoyed. Burcin and Bala Hatun try to serene Aygul. Boran is wounded and makes Byzantine troopers following him lose his track. Then Boran comes back to the battlefield and checks the situation of Goktug. Meanwhile, Bamsi returns and perceives Boran. Goktug inquires about his brother Konur and feel apologetic about what occurred. Goktug takes the dagger in his hand and says he will assassinate himself. Bamsi serene Goktug and reminds him about what Konur said. Dundar and Hazal discuss about what Aygul has done. While Osman Bey ran into the forest, Byzantine troopers and Princess Sofia find him. Sofia tells that she will take retribution of her father and assaults Osman Bey. Osman Bey tells to Sofia that no one can take this land that his father has vanquished. Hazal presents an offer to send Aygul for medical care to Kastamonu.

Dundar Bey hears to the offer of Hazal and agrees to that. Osman Bey continues to brawl with the immortal troopers of Princess Sofia. Byzantine troopers are wounded one by one and fall down to the ground but then get up again. When Osman Bey starts to get exhausted, Boran and Bamsi reach there. Boran and Bamsi shoot the Byzantine troopers with arrows. Hazal describes her scheme to her son Bahadir and gets new information from him. Bahadir informs what his uncle will do and they have to cease Osman Bey. Hazal is confident that Princess Sofia will murder Osman. New troopers reach and assist Sofia to save her. Bamsi, Boran and Goktug assist Osman Bey and set forth to go back to the plain together. Dundar speaks to Aygul and tells that he intends to send her to Kastamonu. Hazal calls the man of Dundar and tells him to murder Aygul on her way to Kastamonu. Sofia and Byzantine troopers try to find Osman Bey in the forest but cannot succeed. Princess Sofia discerns that her troopers are in bad condition and decides to go back to the fort. Bamsi inspects the injuries of Osman Bey and realizes that his situation is worse. Osman Bey stands up and speaks to Goktug. Osman Bey cannot stay stand anymore and falls unconscious. Dundar starts preparations to send Aygul and says her that everything will be all right. Aygul cuddle her father for the last time and gets on her horse to set forth. Selcan Hatun perceives Aygul on her way and wonders where she is going.

Selcan Hatun speaks to Dundar about Aygul and learns where she is going. Selcan is very annoyed when she learns that Aygul is going to Kastamonu. Meanwhile, the injured Osman Bey returns to the plain. Bala perceives Osman Bey and runs towards him. Everyone on the plain is very upset. Bamsi tries to serene Gunduz Bey and informs everyone what occurred to Osman Bey. Selcan Hatun and Bala intercede in the wound of Osman. Princes Sofia comes back to the fort and sends agent to seek assistance from other Christians against the Turks. Selcan goes out of the tent and tells that the situation of Osman Bey is not good. Kayis are very worried when they hear this news. Dundar is worried about Osman and feels apologetic about what he has done. Hazal tries to calm her husband. Goktug goes to the grave of his brother Konur and chats with him. Goktug tells that he will brawl for his nonbelievers for his brother now, and he feels apologetic what he has done over and over.

Osman Bey discloses his eyes for a moment but then falls unconscious again. Bala Hatun calls Gunduz Bey. Dundar hears the noise in the plain and comes out of his tent instantly. Hearsay is spreading over the plain that Osman Bey passed away. Dundar gets this news and starts crying. Dundar sheds tears and strolls to the tent of Osman Bey. All Kayi people are waiting in front of the tent. Gunduz Bey comes out of the tent and delivers a speech. Everyone on the plain considers that Osman Bey is dead. On the next day, Princess Sofia receives the news that Osman Bey is dead. Princess Sofia then adores God and the celebrations start in the fort. Everyone in the fort is joyful with the news of the demise of the Osman. The Alp tries to murder Aygul, which ordered by Hazal, but Aygul has already escaped. People in the fort commemorate the demise of Osman by dancing and drinking. New knights reach at the fort because of the assistance Sofia requests. Knights get into the fort and Sofia welcomes them. Knights take a mat to the fort. Sofia considers this mat is a present, but Knights throw the dead body in the mat in front of Sofia. Princess Sofia perceives that the agent she sent was murdered and inquires who did this. One of them protrudes and throws his cloak away. This one is Osman Bey.

While Osman Bey is wounded in the tent, he covertly frames up a scheme with Gunduz Bey. Only close to the Osman Bey know this secret scheme. Osman Bey and the Alps take out their swords and assault Princess Sofia. A tough fight starts in the fort. Turks murder Byzantine troopers one by one and start to gain the charge of the fort. Osman Bey discerns the Sofia escaping from the fort and starts chasing her. Osman Bey ceases Sofia once again. Sofia takes out her sword and assaults Osman Bey. But Osman Bey ceases the assault of Sofia and stabs his sword at her. Sofia falls down to the ground from the walls of the fort and passes away. Many Byzantine troopers take the dead body of Sofia and run away.

Hazal speaks to Selcan and asks her why Osman Bey concealed his scheme. Selcan says her why Osman kept secret his scheme and goes to prepare for the commemorations. Alp, commissioned by Hazal, returns to the plain and informs that Aygul has fled. Hazal when learns this news gets even annoyed. Meanwhile, Dundar reaches to the fort and speaks to Osman Bey. Osman Bey tells that the day is a triumph day and goes to the wall of the fort to dangle the flag in his hand. Osman Bey takes the Byzantine flags from the walls of the fort and dangles the flag of Kayi. Burcin realizes that Aygul has fled and informs Hazal that she will be found soon. Aygul comes out of the tent of her father and shoots an arrow to murder Hazal, but this arrow gets into the chest of Burcin. Aygul is worried about what she has done, but it’s too late. Osman Bey delivers a speech while on the wall of the fort. Osman Bey says that as long as they are united, no one can damage them and they will make many more wins. Osman Bey prays to Almighty Allah for all the good things. Osman Bey tells that he will broaden Islam and justice all over the globe and then orders the Adhan to be called in the fort.

When Kurulus Osman Season 2 will release?

Dirilis Ertugrul Season was officially released on 10th December 2014. Similarly, by checking we come to know that each successive season of Dirilis Ertugrul was released in between October and November. Also Kurulus Osman Season 1 was released on 20th November 2019. So, most probably Kurulus Osman Season 2 will be released by the end of this year during the period of October and November.