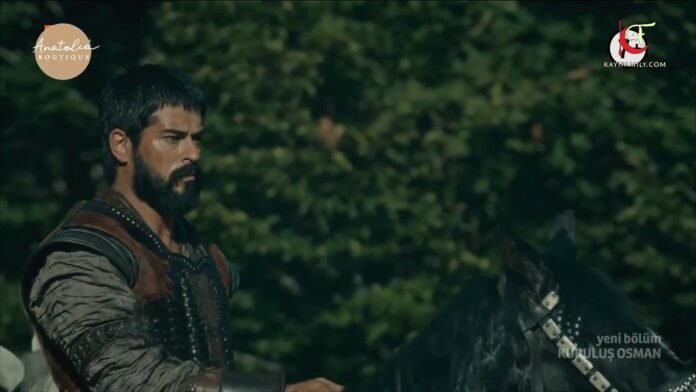 In the first scene of Kurulus Osman Episode 36, Osman allowed the Byzantine soldiers arrest him. His hands were tied by soldiers and he was handed over to Nikola. Osman slashed the ropes with small knife and attacked Nikola. As Flatyos and other warriors were entering the room, Osman and Alps escaped from the castle. Flatyos witnessed Nikola with a knife in his chest and removed it as he thought that he was dead. Suddenly, Nikola opened his eyes and became conscious. He was taken to doctors who tried to heal him. Aygul shared what had happened to her with Osman and got back to the plain with him. Osman and Aygul reached the plain while Hazal and Dundar were discussing the attack of Aygul.

Savci became angry with Osman, but Osman revealed all the story to him and explained to him what he had done in the castle. Osman expressed that Aygul’s baby was named as Kayialp and visited his tent with Bala. On the other side, Nikola stood on his feet and exclaimed that he had got new life. Nikola desired to take revenge, so he sent Flatyos with gunpowder barrels in order to destroy Sogut. Kumral conveyed a message to Osman that Flatyos and Cerkutay were traveling to Sogut. After receiving the message, Osman got prepared immediately for the journey towards Sogut. Yavlak held a meeting with Savci and Dundar. After some time Osman joined the meeting and commanded everyone to be prepared for defending Sogut.

Yalvak exclaimed that Osman is responsible for destroying his plans as Nikola was ready to make a peace deal. Osman expressed that making any deal with Nikola was fruitless and he desired revenge. Yavlak told him that he had made a plan to launch an attack on Inegol and Savci would make the peace treaty with Nikola. After that, Osman left the meeting to go to Sogut. Targun asked the spy to inform Nikola that Osman was on his way, but when she realized that Bala was following her, she murdered the spy to prove her innocence. On the other side, Flatyos and spies reached Sogut camouflaged as merchants and they dumped gunpowder everywhere.

Savci and Dundar reached castle for the negotiations of peace keeping but were arrested by Nikola and made prisoners. Osman stood in the way of Flatyos and got the information about the happenings of castle. Meanwhile Nikola took his prisoners Dundar and Savci to the square as he intended to execute them. In the last scene of Kurulus Osman Episode 36, Osman and Alps got dressed as the Byzantine soldiers and brought the injured Flatyos to the castle. As Nikola was busy in conversing with Flatyos, Osman captured Nikola and clambered on the powder kegs while holding a torch in his hand. 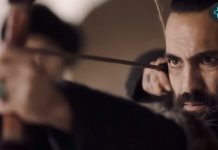 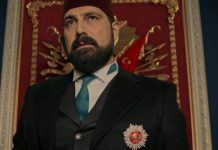 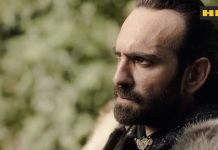 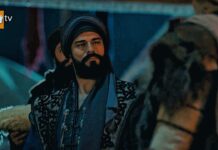 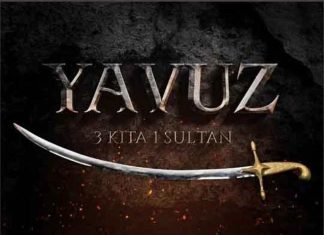 The casting of the new television series which is based on the life of Selim I, who was the ninth Sultan of the Ottoman...
Read more

In the first scene of Uyanis Buyuk Selcuklu episode 17, Sanjar arrested Hassan as he was receiving the secret book and interrogated him. Hassan...
Read more

In the first scene of Payitaht Abdulhamid episode 134, Celeleddin arrested Ahmed Nuri and sent him to prison. Ahmed Nuri said to Hechler that...
Read more