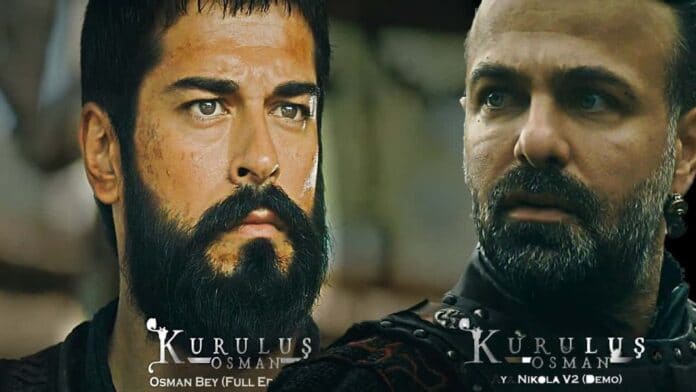 In Kurulus Osman Episode 62, Osman caught Togay and Camuha in the forest. Osman then brought the captives to Sogut and told everyone about their crimes. Osman asked Sheikh what was the punishment for the criminals and took Bamsi’s swords from Cerkutay. Togay fell to his knees in front of Osman. Osman executed the criminals in front of everyone and said that he would always punish anyone who attacked the Turks.

Nikola was happy that Togay died, but he realized that this would strengthen Osman even more. The governor went to the Sultan’s palace and said that Osman had kidnapped Togay. Sultan tried to say that Osman was innocent, but the governor said that he would take three years’ tax from him in three days to punish him. A short time later, a Mongolian envoy went to the castle and said that to support Nikola, the Mongols would send him gold.

The same envoy then went to the plain and asked Osman to pay the three-year tax. Nikola sent Dmitri to get the gold. Osman read the message sent by Sultan and found Dmitri’s place. After Dmitri took the gold from the Mongols, Osman attacked him and captured all the gold in a short time.

Nikola was very angry with this situation, but he went to Iznik because of the Emperor’s order. Osman went to the dervish lodge with Boran. Sheikh spoke about justice first and judged Boran in court the next day. Nikola met with the Emperor’s son and learned from him that Ducas would soon be arriving with a large army. The Emperor’s son told Nikola that he should use the Lords in the region to form a defensive line.

Nikola immediately returned to his castle and told the Lords of the Emperor’s plan. Leo said a big war would hurt trade badly. Later, Leo secretly met with Osman and told him what Nikola would do. Osman then went to his tent and began to think about the upcoming great war. Malhun became ill for a short time. When Osman went to talk to her, Malhun said she was pregnant.

Kurulus Osman Episode 63 will on air on 16th June 2021. If you feel irritated because of the ad breaks and some other issues, then ads-free permanent access for watching Kurulus Osman episode 62 English subtitles can be achieved by subscribing the membership at MultiPoint TV 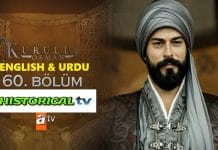