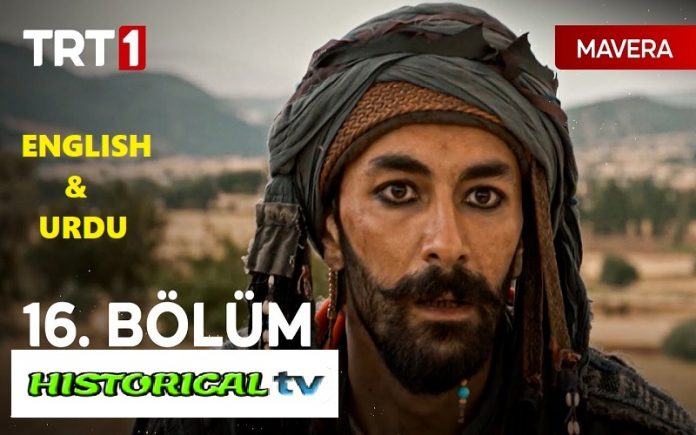 In Mavera Episode 15, Nejat covered his face and went to the dungeon to talk to Ahmed. Ahmed said he had seen him before and asked who he was. Nejat said he knew who Ahmed was and that he would destroy the legend of the wooden sword. Shahsuvar went to Haje’s shop and tried to open the chest he had acquired. Hisam went to the palace and said that Ahmed’s friends stole his chest.

Atif then visited Dai and learned that he had to destroy the Sazlik district. Meanwhile, Shahsuvar carefully opened the chest with Mahmud. Pehlivan came to the spoon shop and saw the papers coming out of the chest. Pehlivan said that these papers would not work because the caliph was sick. Saltuk went to the secret military base and saw that the soldiers there were dead. Saltukh buried the soldiers one by one and said he would avenge them.

Soldiers took the prisoners out of the dungeon to cut wood. When the prisoners returned to the dungeon, Husrev acted to attack Ahmed, but soon passed out. Ahmed wanted to help Husrev and realized that there was something wrong with his lung. Akboru saw that Necip was upset and talked to him for a while. Ahmed then started talking to other prisoners in the cell and told them the correct path.

Pehlivan went to Leyla’s house and told her he had a plan. Leyla first told him not to do dangerous things, but then she started to listen to him. That night Atif went to Leyla’s house and started drinking. Atif left the house after having fun, but Pehlivan stopped him in an alley. Pehlivan showed Atif the papers from the chest and asked him to release Ahmed. Atif refused, but then Asife came and threatened him. The next day, Pehlivan took all the merchants with him and went to the palace. Ahmed was released shortly after.

How to Watch Mavera Episode 16 with English & Urdu Subtitles