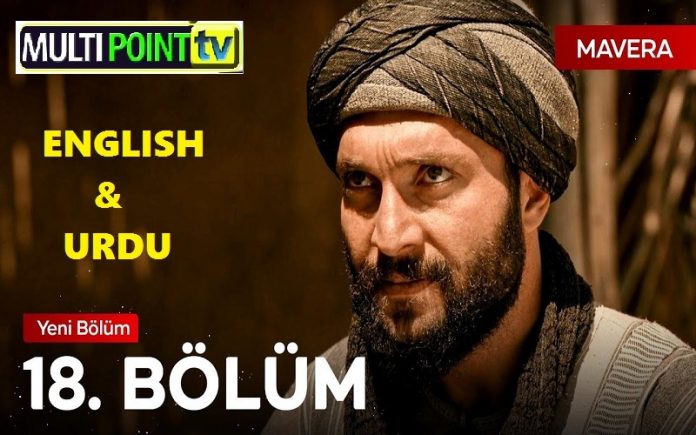 In Mavera Episode 17, While Ahmed was on his way with Mahmud, he saw a man. This guy asked them for some water and started telling them a story. After the death of Mahbube, Leyla returned to Baghdad. Pehlivan tried to calm Mahmud first and then Shahsuvar. Leyla wanted to have a proper funeral for Mahbube.

Atif learned that the caliph had awakened and immediately went to talk to the palace doctor. Turab took Ahmed and Mansur to a garden full of trees and told them how to graft trees. Asife wanted to give medicine to her father secretly, but Atif’s soldiers told her not to leave her room. Necip learned that Haje would not come back and started to cry. Saltukh started stalking Dai and found his hiding place. Meanwhile, Saltukh was injured in his foot due to the traps around. Dai sent his soldiers to capture Saltukh.

The owner of the garden gave fruits to Turab for what he did. Turab gave these fruits to Ahmed and Mansur. Ahmed asked Turab how he knew so much about trees and agriculture. While Turab was talking to them, a man came into the garden and attacked the owner of the garden. Ahmed calmed these men and began to listen to them. Dai went to the secret castle and said that someone had learned of his hiding place.

Saltukh attacked some of the soldiers trying to find him and killed them. Turab listened to both of the men and said they were both guilty. Mervan’s helper went to Leyla’s house and said that there would be no funeral for Mahbube because she was doing bad deeds. Pehlivan slapped him. Dubeys took the flour sent by Dai and said that they would make poisonous loaves of bread for the inhabitants of the Sazlik district. Ahmed woke up the next day and saw that Turab was gone. Hemedani came when Ahmed said he would not return to Baghdad.

How to Watch Mavera Episode 18 with English & Urdu Subtitles

Mavera series will officially on-air on the Turkish channel TRT1 from 12th April 2021. You will be able to watch Mavera Episode 18 in English subtitles and Mavera Episode in Urdu Subtitles here. So, don’t forget to share this in your circle.