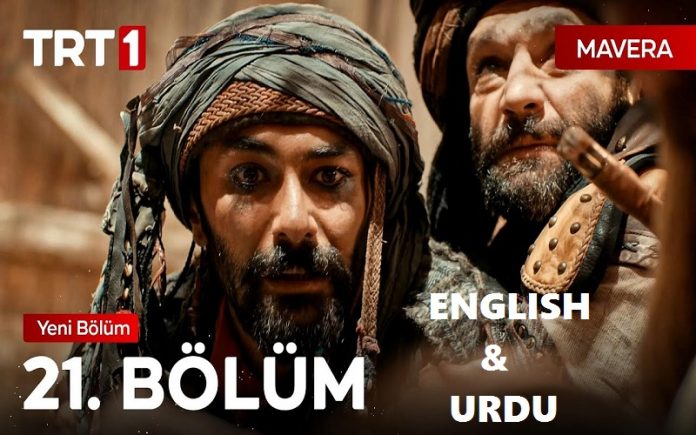 In Mavera Episode 20, Ahmed asked someone in the dervish lodge to prepare a room for the caliph. Asife said that she wanted to protect her father from Atif and that’s why she escaped from the palace. After talking to Leyla, Nejat drank his drink and said that he did not know who to trust anymore. Atif learned that Asife had kidnapped the caliph from the palace and he was very angry with his soldiers.

The soldiers learned that Asife was taking the caliph to Basra and set out to stop her. Khutluk prepared a medicine for the caliph and took it to Haje. Ahmed asked Khutluk to take Asife to the nomadic plain. Pehlivan was suspicious of Asife’s soldiers, but Haje calmed him down. Pehlivan took Meryem to Leyla’s house and started talking to her. Leyla said she wanted to kill Dai, but Pehlivan asked her to be patient and said that the caliph would recover soon. Atif questioned the palace doctor to find out where the caliph was, and when he could not learn anything from him, he killed him.

The spies sent by Atif tried to enter the plain disguised as merchants, but the nomads did not allow them. Atif thought the nomads were hiding something. Leyla said that she now trusts Adnan and will not do anything bad because the caliph will recover soon. Pehlivan then bought some handkerchiefs from the market and went to the spoon shop. Pehlivan asked Mansur to write the poems he said.

Adnan immediately went to the palace and told Atif that Asife was hiding the caliph in the dervish lodge. Atif rewarded Adnan and immediately sent his soldiers. The poisonous loaves of bread that Necip distributed all day started to make people in the Sazlik district sick one by one. While Shahsuvar was trying to understand what happened to people, he saw that Necip was also getting sick and tried to help him. Atif went to take the caliph from the dervish lodge with his soldiers. Atif asked Haje to surrender, but meanwhile, the caliph stood up and said that Atif would pay for everything he did.

How to Watch Mavera Episode 21 with English & Urdu Subtitles