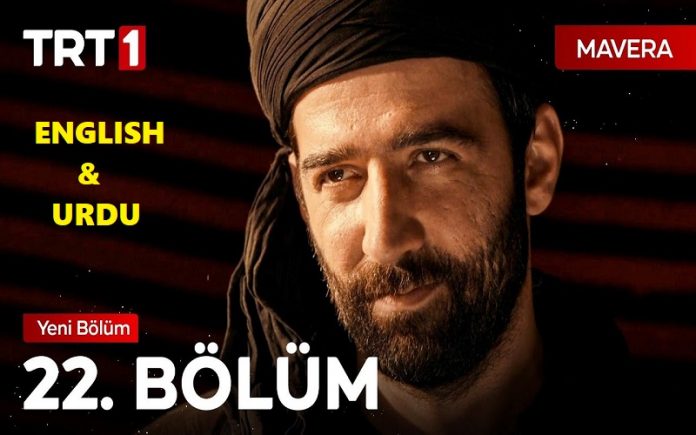 In Mavera Episode 21, Pehlivan thought that Leyla told Atif about the caliph, but he did not tell anyone about it. Mustershid went to the nomadic plain and thanked the people there for protecting his daughter. Dai said that Atif is now out of the game, but the plan they made for the Sazlik neighborhood has begun. Since Necip was still not recovering, Shahsuvar panicked and went to Ahmed’s shop.

Shahsuvar said that people in the Sazlik neighborhood started getting sick one by one and asked Haje for help. Ahmed tried to understand Necip’s illness. Mustershid summoned Atif and asked why he betrayed him. Atif said that these accusations were false and that he was only trying to protect the caliph. Mustershid said that Atif’s sentence was death, but Atif asked him for forgiveness. Mustershid said that if Atif told all the facts he would release him. Necip could not stand the illness any longer and passed away.

Shahsuvar started crying and left the Sazlik neighborhood. Mansur brought Khutluk from the plain and showed him the situation in the Sazlik district. Ahmed asked Khutluk to find a cure for this disease. Saltukh went to Hisam’s shop and asked him about flour. Hisam said Dubeys had paid a lot of money to buy this toxic flour and attacked Saltukh but failed. Ahmed went to Necip’s grave that night and started to pray for him.

Soon Saltukh arrived and told him that Dubeys had killed Bedouin spies. Saltukh continued to speak and said that Dubeys bought poisoned flour. Ahmed realized the bread was poisonous and went to the library to find medicine. Dai said he would not kill Atif and asked Mervan to start a rebellion. Ahmed told Khutluk about the medicine he had to prepare. Shahsuvar returned to the city when Mervan told his followers that they had to start a revolt against the caliph.

How to Watch Mavera Episode 22 with English & Urdu Subtitles