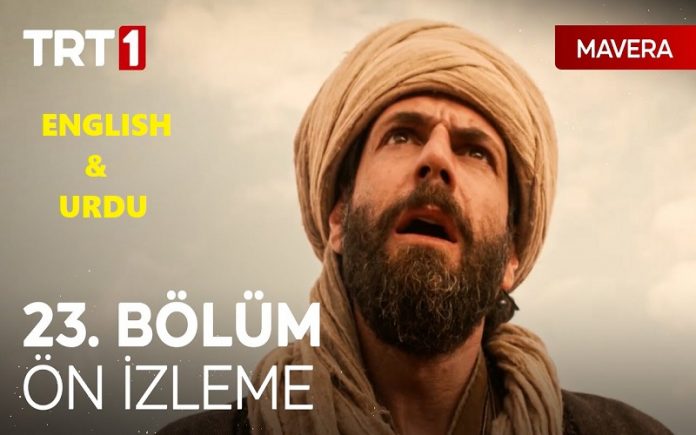 In Mavera Episode 22, Leyla went to the nomadic plain, but Pehlivan did not speak to her properly. Shahsuvar secretly killed Mervan’s helper. Haje started to distribute the medicine brought by Khutluk to people in the Sazlik neighborhood. While trying to understand why Pehlivan was acting cold, Leyla realized that Adnan has told Atif the place of the caliph. Pehlivan admitted to Haje that he loved Leyla.

Ahmed calmed him down and told him a story. Leyla asked Adnan why he did such a thing. Adnan said he did everything because he loved Leyla and admitted that he killed Mahbube. Leyla got very angry and stabbed Adnan many times. Shahsuvar later said that he wanted to be a student of Mervan. Mervan asked him to kiss his hand, but Shahsuvar took him hostage. First Mahmud then Haje came to help him, but Shahsuvar killed Mervan. Crusaders brought in a man to help Dubey’s attack on Baghdad.

Haje helped Shahsuvar’s wounds, but he said he would wait for death alone now. This man, nicknamed Infidel, began to manufacture the tools to be used in the Baghdad attack. Atif suspected this man and tried to talk to him but failed. Sedat told Dubeys that Shahsuvar killed Mervan. Dubeys realized he had to make a new plan. Dai said that Mervan’s death was unimportant.

Dubeys asked Infidel to work faster, but he said the siege vehicles were already ready. Ahmed realized that the medicine Khutluk had started to heal people and thanked Aytolu. Haje then started walking towards the nomadic plain with Aytolu. Pehlivan went to Leyla’s house to talk to her, but there he only saw Adnan’s body. Haje started to say something about the Prophet and his wife. Ahmed realized that Leyla was upset. Leyla wished he had a life like the stories Ahmed told. Haje told Leyla that no matter what happens, justice will be served.

How to Watch Mavera Episode 23 with English & Urdu Subtitles