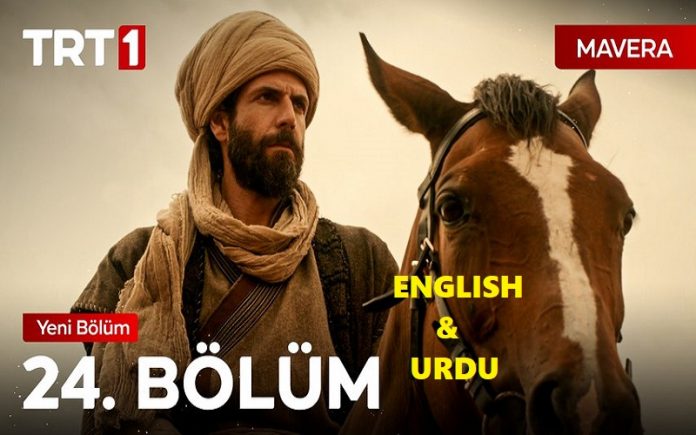 In Mavera Episode 23, Ahmed thanked the nomads and returned to Baghdad. Pehlivan said that Leyla killed Adnan and that is why he was sorry. Haje calmed him. After a short while, Saltukh came to the spoon shop and said that he started to feel different after talking to Hemedani. Ahmed told Saltukh that everyone’s path is different and that he should get rid of his chains.

Pehlivan then went to the nomadic plain and started talking to Leyla. Pehlivan said that he now accepted his feelings for Leyla. Saltukh’s commander dressed like a beggar and came to town. Saltukh learned that his father might still be alive. Saltukh was taken aback by this news and believed what his commander had said. Dubeys said Infidel was useless and took action to kill him, but Dai stopped him. Infidel said that the weapon he made was ready and asked Atif to use it.

Atif tried to use the firearm but failed. Dai said that now he has to take care of everything himself. Meanwhile, followers sent by Dai secretly surrounded the nomadic plain. Ahmed went to the dervish lodge. Mansur said that Pehlivan and Mahmud had argued and they did not talk to each other. Mansur continued to speak and told Haje that Shahsuvar was still not eating.

Haje found Shahsuvar and told him that he should pay more attention to himself now. Shahsuvar said he was just waiting for death, but Ahmed could not stand what he said and took him to Necip’s grave. Shahsuvar said that from now on, he would be the way Haje wanted. Dai’s men attacked the nomadic plain. Mahmud and Pehlivan tried to fight against them. Urungu, Pehlivan, and many other people died in the plain. Ahmed learned this and immediately went to the nomadic plain.

How to Watch Mavera Episode 24 with English & Urdu Subtitles