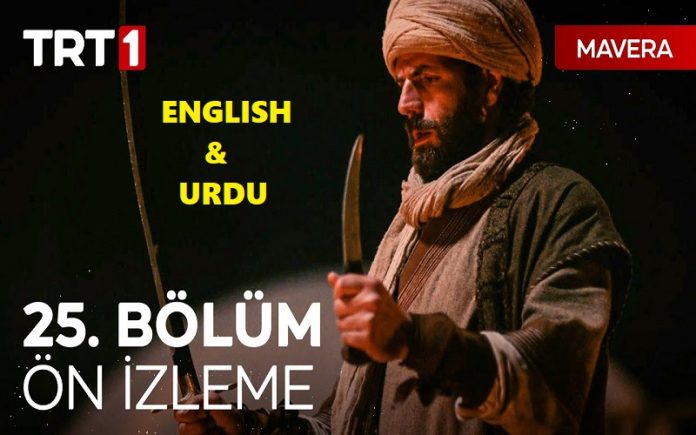 In Mavera Episode 24, Ahmed prayed for everyone who died in the nomadic plain and went to the cemetery. Haje remembered his memories with his friends and put a small wooden sword in their grave. Yalgiz started talking after the massacre and Akboru cured his wound. While Saltukh was saying good things about Almas, Asife came to the plain and talked to Haje. Khutluk cried for his children and wondered where Aytolu was. Leyla collected her belongings and looked at the handkerchief Pehlvan gave her and cried.

Haje then returned to the spoon shop. Some merchants came to the shop and tried to comfort Haje. Haje said that he did not want to upset anyone and went to the dervish lodge. Shahsuvar greeted him and asked him to sort himself out a little bit. Dubeys asked his soldiers to prepare for the attack. Atif said that he would go to the caliph as an envoy to demoralize him.

Dai thought Infidel was still keeping a secret and continued to question him, but he could not learn anything. The Caliph learned that Dubeys’ soldiers had begun to surround the city. After what Shahsuvar had said, Haje called the dervishes to his lodge and told them to stay together. Meanwhile, a soldier came and said that the caliph wanted to talk to Ahmed.

Dai brainwashed Aytolu and wanted to use her, and so he tried to erase her memory. Infidel asked Aytolu to endure the torture and recall happy memories no matter what. Haje went to the palace and saw Atif coming as an envoy. Atif said that if the caliph descended from the throne of his own free will, Dubeys would not kill anyone and plunder the city. Dai’s soldiers continued to torture Aytolu. Haje said he was going to talk to Dubeys. Mansur said he wanted to go instead, but Ahmed told him not to worry and set off.

How to Watch Mavera Episode 25 with English & Urdu Subtitles