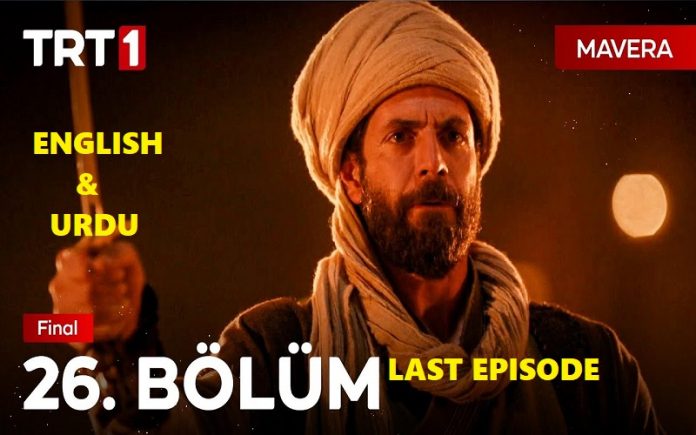 In Mavera Episode 25, Haje went to speak with Dubeys as the ambassador and told him that Baghdad would not surrender. Dai asked Aytolu to kill Infidel, but she refused. Dai continued to talk to her and Aytolu stabbed Infidel. Dai said that when the time is right, Aytolu will kill Haje so that she will go to heaven. Atif told Dai what Haje had said. Dai asked them to be calm.

Asife told Ahmed that she would not go to Basra and would stay to defend the city. Aytolu returned to the nomadic plain after a long time. Everyone was very happy with Aytolu’s return. Aytolu said that those who attacked the nomad kidnapped her. While Asife was speaking with Haje, Mansur came and told him that Aytolu was back. Haje set off in a hurry. Aytolu asked where her brother, Almas, and other people were. Khutluk realized that Aytolu did not remember anything and told her that everyone had passed away.

Aytolu started to cry and remembered what Dai had told her. Asife thought that Haje loved Aytolu and started to cry. Haje asked Mansur to invite the people of the dervish lodge to the plain. Atif and Dubeys talked about their attack on Baghdad. Aytolu called Mansur and told him about the voices in her head. Mansur wrote about everything but said he did not understand anything from them.

Aytolu saw Urungu in her dream. Urungu asked her to protect herself. Aytolu later recalled what Dai had said. Haje said that he would defend Baghdad with the help of Allah until the end and started to pray. Asife told her father that she agreed to go to Basra and went to the plain to say goodbye to Haje. While Asife was speaking to Ahmed, the soldiers started to say what Dai said. Aytolu remembered Dai’s mission and drew her knife to kill Ahmed.

How to Watch Mavera Episode 26 with English & Urdu Subtitles