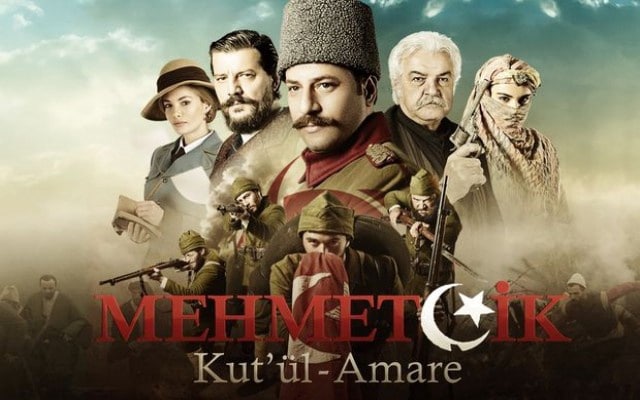 Mehmetcik Kutul Amare Season describes the story of the Battle of Kut. Osmancik battalion had been established by Suleyman Askeri Bey. Suleyman Askeri Bey gets a piece of bad news from the Iraq border. There is only one way to disclose and restrict the British`s dark plans….go to the front with immediate effect. But what will be the consequences of it? Cox’s new aim is Cilicia because he could not win in Istanbul. But who will be Cox’s new partner in the Cilicia area? What will be his planning to stop Osmancik Battalion coming from Baghdad? New soldiers of Osmancik battalion are tested with a sudden attack. But what will be its result?

Once again Cox is defeated by Suleyman Askeri and Suleyman Askeri continues his journey. Mehmet tries his level best to be the part of Osmancik battalion. While on his way to Baghdad Cox meets Husraw in a caravanserai. Now Cox wants to reach Baghdad immediately so that he can pursue his plans there. Mehmet gets reactions of his brother Said, one more time.  Said informs the Suleyman Askeri that Mehmet is in Battalion.  Battalion reaches Baghdad after facing great challenges. Suleyman Askeri first sends letters to all tribes. He did meetings with people of that area and made plans to go in front.  In the meeting, Omar said and Husraw did not support the Ottoman empire. In Mehmetcik Kutul Amare Season 1, Suleyman Askeri wanted to reveal the tribes who support the British in that meeting. Mehmet faces an undesirable situation while leaving the chest. He gets into the chest that has to go to the tribe The soldiers set out to deliver letters to the tribes but Cox tries to stop them. The soldiers taking Mehmet`s chest are attacked. All the soldiers die except Mehmet and Said. Mehmet escapes from there with letters. Suleyman Askeri thinks about Mehmet when he learns this news.  Mehmet meets Zeynep,(who he sees in his dreams) while passing through the desert. Suleyman Askeri reaches Zeynep`s tent when learns about Mehmet`s location. Mehmet takes an oath and joins the Organization. Mehmet was shocked to see Zeynep in front of him. Mehmet thanks Efsa grandma and made a strong bond with Zeynep.

Suleyman Askeri comes in front of Mehmet after a long time, watching him in the Zeynep`s tent. Zeynep works for the secret organization. Askeri gives Mehmet an important task.  Challenges start for Mehmet.  Askeri revealed all the traitors and killed Casim, loses Cox.   But now he has to stop the British army in the Rota area from reaching Baghdad. Osmancik Battalion defeated the British army in Rota, many soldiers martyred. Suleyman Askeri got injured and Captain Cemil martyred.  At the end of the war, they took Mehmet, Mawlid, and Niyazi to the camp as prisoners. Mehmet meets Suleyman Askeri`s friend Skopje and conveys a secret message of Askeri to him. A game was played to Elizabeth by Cox. Cox included some prisoners in the game and he did not know that Mehmet was from Istanbul.  Elizabeth was surprised to know the true identity if Mehmet and wanted to get information from him about the camp.  Captain Robert and Cox were surprised by the answer of Skopje and Mehmet.  But what was Skopje`s plan to do that?

Zeynep, who did not leave Mehmet and saved him, was impressed by Musab. So that she talked to Husrav Bey about the exchange with Suleyman Askeri. Husrav Bey tried his best for exchange but the issue closed and Zeynep was disappointed. Zeynep was surprised by the troops came to the bakery. Mehmet learns the Indian doctor`s message that all the captives will be transported to India after three days.  But Mehmet is worried behind the wire fences. Said meets Musab on his way to headquarter from the bakery. In Mehmetcik Kutul Amare Season 1, Musab came to poison Victoria`s food. When he meets Said, he tells that he will meet the commander Shefik. Musab is compelled to enter the Commander`s room. Said was jealous of Musab and was suspecting him. Said starts following Musab from headquarter. Skopje escapes from the camp and puts himself in danger journey. Skopje successfully stops the vehicle of Captain Robert, in which she hides. He kills the soldiers and injures the captain. Now he has to reach Kut immediately before the transfer. Alfred, the British commander realized the rebellion. However, the commander was unaware of the peoples coming in and going out of the camp. Skopje has entered the city of Kut.

When Victoria escapes, Captain Sefik ordered to search all the city.  Runway spy Victoria must be caught. Shamil Sergent and the troops search all over the city but cannot find anything. Until they reach Sheriff Neccar`s house. Neccar and Mahdum made a plan. Shamil fights Victoria and she survived at last minute. Victoria`s life is at risk because of Neccar’s interest. When Skopje arrives in the district governor`s office, he experiences emotional moments. Skopje realizes the value of freedom when he sees the Turkish flag waving freely. Shefik becomes happy with the news of Skopje`s freedom.  Skopje and Sehfik together again.

But the real trial starts now. Skopje survived. Turkish soldiers do not have enough time. When Cox learned about Skopje`s attack, informed General Barrett about the condition but failed to stop the transfer of Turkish prisoners to India. Instead, Cox planned to trap Turkish soldiers but Osmancik Battalion rescued the soldiers. Rescued soldiers should reach Kut city. However, Cox reaches the raid area and sees his plan`s failure. So he tries to stop the prisoners before they enter the city. Cox promised that Sheriff Neccar would marry Victoria to prove his loyalty. But he knew that Victoria will not warmly welcome this wedding. Serrif Neccar becomes mad when Cox reports Victoria to the hands of Skopje. Serrif Nectar’s enmity to the Turks and Loyalty to the Cox has been increased. Skopje realized the trap. Victoria shocked when Skopje tells her about the suspicion.

Enemy troops disintegrate. Skopje plans to destroy the enemy’s troops one by one in pieces.  Captain Shefik and Lieutenant Ali altercate. What will be the consequences for not obeying Shefik`s orders for Skopje?  What will be the surprise for Cox regarding Victoria?  Goodbye to your life for the sake flag. In Mehmetcik Kutul Amare Season 1, Skopje along with his troops attacked and destroy the pioneer British unit and seize the important news. This attack will be more bloody than their expectations. The martyrdom of a soldier will shake the Skopje. But which soldier will be the martyred? Cox is ambushed. Cox was shocked to see Victoria. He realizes that if she meets Neccar, she will tell everything to Neccar and ruin his plans. Cox thinks for a permanent solution of Victoria.

Shefik is on the brink of a blunder. Cox chases Skopje while seeking a solution for Victoria. Skopje has harmed Cox. The plan Cox made for him could prove deadly for Shefik. Will Shefik traps into Cox`s net. Mehmet put a proposal to marry Zeynep in front of Efsa, but she denied it. Mehmet was not expecting this, Thus a burgeoning love story comes to an end. Cox dissents with General Barret escorted him to prison. Will Cox wait bounded in the important moments of war? Shefik follows Skopje Ali. Ali who was captured for not following the order and snatching state-owned weapons escaped from the prison with the assistance of Mehmet and Said. But this incident makes Shefik more irate. Skopje is a renegade now. But who stranger helps him when he is not expecting this. The dissent that he had with Captain Shefik reached a betrayal level has made Skopje`s task more difficult. Cox captured the Skopje with the help of Neccar.

Shamil sergeant and his soldiers tries to capture Commander Ali and his soldiers with the information provided by Husraw Bey. However, Skopje was not in the Hogan. Mehmet and his men do not want to cede. What will be the consequences of this encounter? What is Skopje`s planning? Suleyman Askeri will set forth with his army. The great combat is very close now. Skopje and his partners must fulfill a very important duty. Husrav Bey whose sons are announced renegades is suffering from great trouble. Husrav Bey, who halted Commander Shefik, Will he be capable to handle this discussion. Skopje, who despite declared a renegade, will collect information for Suleyman Askeri`s war of Shaybe. The required information is in the scorpion`s nest. Skopje sneaks in British headquarter by using the Vehicle. But how Skopje will escape from there when he will come in front of Cox in General Barret`s room. When Shefik saw the photographs of Skopje and Cox together, he declared Skopje and his associates as renegades. The main trial for Shefik will be the war of Shaybe. Skopje realized the operational plan at the British army headquarter. If Shefik does not alter his decision, the army will be in a trap.

General Barrett`s poisoning ushers to the tension between Cox and Robert. Robert supposes Cox poisoned the General. Cox tries to find out the person who poisoned General as he is sure he did not do this. It is more important to know, why these people sneak in here? Can Cox stop vital information from revealing? Skopje conveyed the information about the operational planning of the British army to Captain Shefik. However, the tension between them is increasing. Will Shefil hold off his problems with Skopje and trust on him? Cox, could he stop the information from reaching Shefik?  Otherwise, it will bring disasters for Cox. He should take care of and stop this plan from being implemented.

Mehmet did not give up on Zeynep despite the hurdles. Mehmet is going to take an important decision.  This decision will put him under a burden for the whole life. Let`s see what is Mehmet`s vital decision?