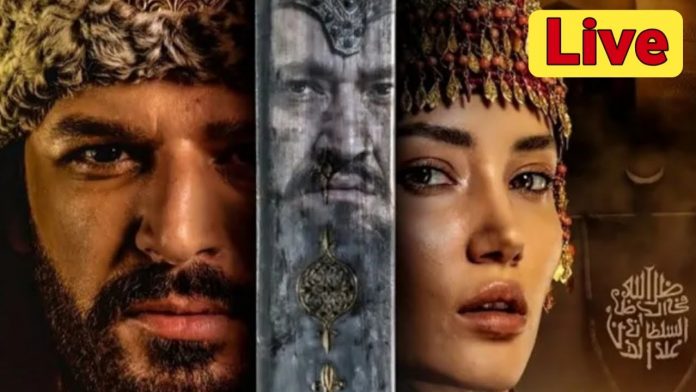 In the first scene of Mendirman Celaleddin episode 1, Shehzade Jalaluddin was able to catch a lion alive after a long hunt and then headed towards the palace. As Shehzade arrived in the town, everyone greeted him. Then he reached the palace and had gone to see Turkan. Turkan advised him he had to be careful. On the other side, Sultan Alauddin invited his sons and state administrators to the meeting in order to discuss Genghis. Jalaluddin desired to fight Genghis but Sultan decided to send a group of ambassadors.

At night, the family had dinner together and Sultan inquired from his son Jalaluddin why he was upset. Jalaluddin said that whatever the situation is, he had to obey the orders of the Sultan. A delegation consisting of Timur Melik, Vizier, and the commanders of the army left to talk to Genghis. Alauddin’s other children were envious of Jalaluddin and they thought that Sultan had taken a wrong decision. Despite his father’s order, Jalaluddin went after the convoy secretly.

Timur Melik said that Sultan would be angry if he got to know about this, but Jalaluddin went to an inn with them. Alauddin had a secret meeting with the palace doctor and asked him to heal the wound on his back as soon as possible. After some time, Turkan arrived and informed that Jalaluddin has joined the envoy. The Sultan got very angry about this situation, but Turkan said that Jalaluddin should get married soon. Jalaluddin saw that a man was disturbing a woman who was working at an inn and stopped that man. So a fight broke out at the inn. One of the Mongolian merchants helped him and had a long conversation with him.

After getting rest, the envoy moved forward day and night to meet Genghis and arrived at his military base. Jalaluddin watched that Mongol soldiers were killing prisoners for the sake of fun. Alauddin and Turkan had a fight over the taxes paid by merchants. In the last scene of Mendirman Celaleddin episode 1, Genghis emerged from his tent and greeted the envoys. Jalaluddin noticed that Genghis was the same merchant who had spoken to him in the inn. Jalaluddin stopped Genghis as he was about to kill one of the women takes as a captive.