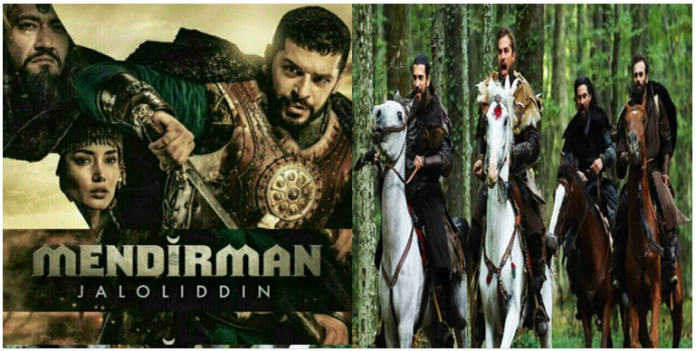 In the first scene of Mendirman Celaleddin episode 10, the snake that was placed by sentry soldier in the room started approaching Kutlu’s bed. Instead of Kutlu Shirin was in sleeping in bed and the snake bit Shirin in her foot. Kutlu rushed to help Shirin but the snake attacked her too and bit her. Kutlu walked out of that room and became unconscious. Turkan came to know of the accident and killed the soldier who was involved in this. Mihri came to know that soldier made a mistake and immediately called their doctor. Jalaluddin came to know about Kutlu’s situation and started to investigate the matter immediately.

Jalaluddin called the doctor and the doctor told him that Kutlu won’t be able to survive much longer. Jalaluddin ordered Timur to close the doors of the palace and got to know that his father was going hunting. Alauddin came to know about events that had taken place in the palace but thought that Jalaluddin and Turkan would set everything to right. Mihri claimed that Aycicek or Jalaluddin must be involved in this situation. Uzlagshah became angry with the situation but Turkan asked him to calm down.

Donda was the woman who gave the poisonous snake to the soldier and she went to the market in order to purchase some animals. At the same time, the servant of Turkan had started searching for her. Timur started to watch the shop of a man who was selling poisonous animals in the market. After some time Donda arrived there. Timur arrested Donda and had taken the required antidote from her. Timur gave the antidote to Jalaluddin and told him that Behram made the plan of poisoning. Jalaluddin arrived at the palace and treated Kutlu by giving the antidote to her.

Aycicek prayed to god for the health of Kutlu. Mihri had taken the antidote from Jalaluddin and gave it to Shirin. She waited for the recovery of Shirin. Both Kutlu and Shirin recovered soon. Jalaluddin inquired Kutlu if she was ready to get married to him. Behram realized that Kutlu was accidentally poisoned and believed that Jalaluddin was able to do something about it. In the last scene of Mendirman Celaleddin episode 10, Jalaluddin reached Behram’s shop with his few bodyguards.