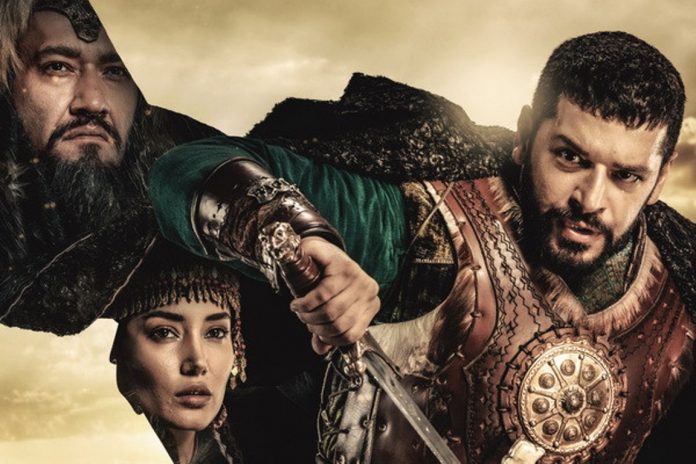 In the first scene of Mendirman Celaleddin episode 3, Turkan took Shirin to the palace as she wanted Jalaluddin to get married soon, but Aycicek was not comfortable with this situation. As Genghis was about to kill the captive woman, Bahadir stopped and said to him that he was Shehzade Jalaluddin to be able to insist on him. Genghis changed his mind and offered the diplomats to join him for the dinner.

Sultan Alauddin expressed that the decision to end the dispute between Ayicicek and Turkan by marrying Shirin would be of Jalaluddin, but, Turkan started to plan and prepare for the ceremony. Turks headed towards the tent of Genghis and offered the prayer before dinner. Genghis inquired about certain issues from Jalaluddin. On the other hand, Timur proposed that the two states should improve the trade between them. As Shamans started to sing after dinner, Jalaluddin got dressed like a Mongol soldier and went to save the captive woman secretly.

Turkan informed Shirin about the preparations for the wedding and requested a few things from her. Genghis went out to see a Shaman and said to him that after he would capture China, his next move would be to attack the state of Jalaluddin. In the last scene of Mendirman Celaleddin episode 3, Jalaluddin and the captive woman watched the stars in the sky together. Jalaluddin came to know that the name of the woman was Kutlu Bike. Kutlu shared with him that his family was killed by Genghis. After listening to her story, Jalaluddin told her that nothing bad will happen to her ever and had taken her towards the palace.