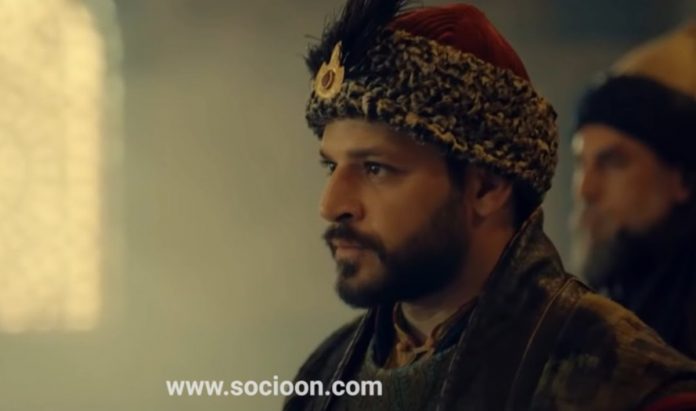 In the first scene of Mendirman Celaleddin episode 5, Behram had worn the uniform of a soldier and he set off towards the palace. Jalaluddin expressed his love for Kutlu. Kutlu was about to reply to Jalaluddin, but suddenly the soldiers arrived there and informed them that there was a problem in the palace. Alauddin desired to make a search through the Turkan’s room after getting information from the rebel soldier. Turkan and her soldiers opposed the situation. Alauddin exclaimed that as a Sultan he had the authority to search that room.

Turkan was unable to defy him anymore and she allowed him to enter. Alauddin got inside the room and searched it thoroughly. At that time, Alauddin and Turkan soldiers started fighting each other. Jalaluddin stopped the soldiers and ordered them not to betray the state at any cost. Meanwhile, Alauddin opened the chest and found a note lying inside it. The names of the commanders who wanted Alauddin to get dethroned and supported Turkan were written on the note. 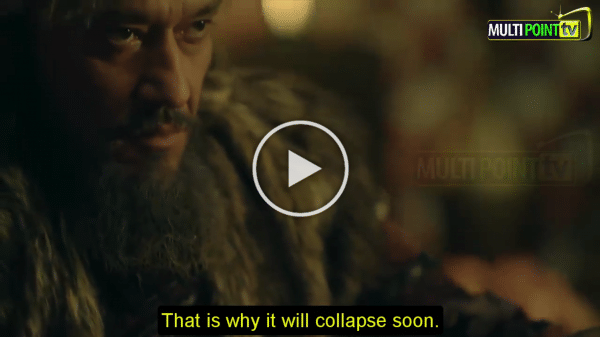 Alauddin was extremely angry due to this situation and ordered the arrest of Turkan’s soldiers. Jalaluddin questioned the Turkan’s servants and came to know that they were innocent. Jalaluddin came to the conclusion that the arrested soldier must be threatened and planned to look for his family. Timur came to Sultan’s room and Sultan ordered him to kill all of the people whose names were written on the paper. Jalaluddin requested his father not to be unpleasant with Turkan, but Sultan got angrier. Uzlagshah entered the Sultan’s room with the rebel soldier. The soldier exclaimed that only Jalaluddin is strong enough to be able to oppose Genghis.

Alauddin got irritated after hearing it and ordered his soldiers to arrest Jalaluddin. Jalaluddin rushed towards the dungeon and escaped with the help of bodyguards. Jalaluddin and Kutlu headed towards the city. Kutlu had a secret meeting with Behram and told him that Jalaluddin was finding the family of rebel soldiers. In the last scene of Mendirman Celaleddin episode 5, Jalaluddin and his bodyguards were about to enter the soldier’s house. He realized that someone was following him and he went after him. The man came out to be Behram and he took Kutlu hostage.