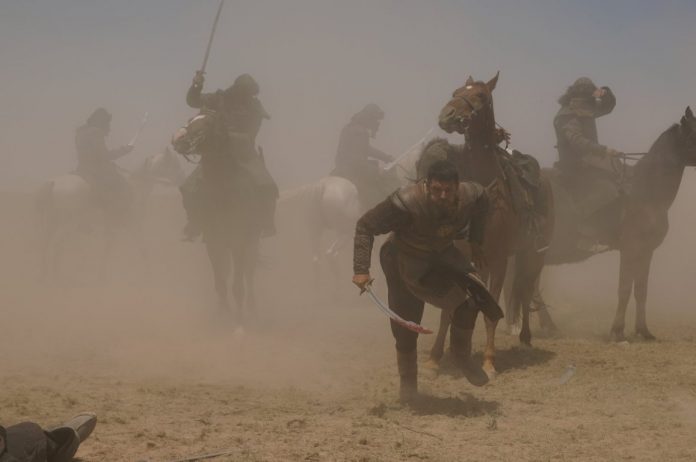 Then, Najm al-Din Kubra called Turkan and Jalaluddin to his tent. He tried to explain to both parties the reason behind his attempt to stop the war between them. Turkan emerged from the tent and informed her soldiers that there would be no need to fight. After that, Turkan headed towards the palace with Uzlagshah. Sultan greeted Turkan in the garden of the palace and declared that the celebration would be held in the garden of the palace. Najm-al-Din Kubra advised Jalaluddin to be cautious about the happenings of the palace.

Behram came to know that Jalaluddin had stopped the war with the help of Najm al-Din Kubra and got very angry. He learned that Uzlagshah attacked Jalaluddin and sent him a private message. A Mongolian spy headed towards the Behram’s shop and informed him that someone was planning to kidnap Kutlu’s brother. Behram exclaimed that he is unaware of it, but he had decided to play a game by using Uzlagshah. Spy inquired Behram about the soldier’s uniform and then left the shop. That night, Sultan had dinner with family. During the meal, Turkan was thinking of ways to send Kutlu from the palace.

Uzlagshah found the note under his glass and slipped out of the palace to see Behram. Meanwhile, Jalaluddin went to meet Najm al-Din Kubra and listened to his advice. Behram expressed that he desired to make Uzlagshah the new crown prince and a new Sultan, but Uzlagshah did not trust him and his words. In the last scene of Mendirman Celaleddin episode 8, Turkan gathered all of her supporters in her room after dinner. She informed them that they would establish a secret army inside the city.