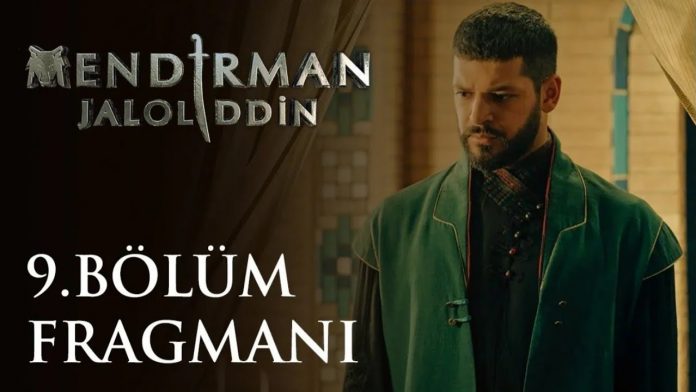 In the first scene of Mendirman Celaleddin episode 9, Sultan asked Jalaluddin where was he going. He ordered Shamsiddinbek to look for the Mongolian soldiers heading towards the border. Shamsiddinbek got inside the Turkan’s room and explained what Sultan demanded from him. Turkan sent a soldier to find Jalaluddin. At the same time, Jalaluddin was looking for commanders who were loyal to Turkan. Subutai came to know that Jalaluddin was nearby and was waiting for the opportunity to attack him.

Akshah headed towards the market in order to find the Hashish people but he saw Kutlu instead. An old woman received orders from Behram and she was supposed to take the venomous snake in her hands to the palace. Kutlu headed towards the Behram shop after some time and Akshah watched her as she was entering the shop. Turkan called Shirin’s father to the palace and learned some facts about Genghis from him. Subutai attacked as Jalaluddin was advancing with the soldiers he had captured. Jalaluddin’s bodyguard’s got badly injured and Subutai ran away.

Akshah then entered the shop but was unable to see anyone there. Mihri Cihan said that they would get rid of Kutlu as soon as possible. Turkan did not like her plan but accepted that situation to get rid of Kutlu. Turkan asked Mihri to get closer to Alauddin and he apologized to him. Thereupon, Mihri apologized to Sultan and expressed that she was actually innocent. Aycicek was watched as Mihri was hugging the Sultan. Jalaluddin headed towards the palace to find a doctor. The old woman went to the palace secretly and gave her bag to a soldier.

Uzlagshah thought of what Behram had said and went to see him again. Mihri asked Akshah to support Uzlag, not Jalaluddin. Shirin said insulting things about Kutlu’s relationship with Jalaluddin and Aycicek slapped Shirin. That night, Kutlu went to bed to sleep. Jalaluddin returned to the palace and told his father what had happened to him. Jalaluddin exclaimed that Turkan could be responsible for this attack, but Alauddin suggested that the Mongols must be involved in it. In the last scene of Mendirman Celaleddin episode 9, the soldier slipped the snake that was in a bag to Kutlu’s room and that snake entered the room and bit Kutlu.