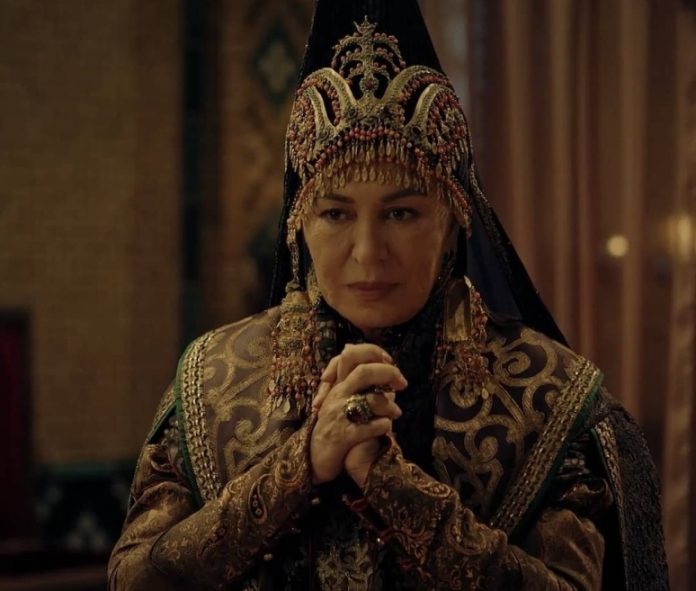 In Mendirman Jaloliddin Episode 12, Shirin visited her mother with Uzlag. Jalaluddin continued to move forward in the forest. The fox said that Tukhtav knew about their arrival and that they should stay together. Meanwhile, Tukhtav saw them. Jalaluddin’s soldiers tried to shoot him, but Tukhtav fled. Kutlu took her dagger and left her room. Shamsiddinbek asked Behram who put the paper in Turkan’s room, but Behram said it was unimportant and one of the Shehzades was working with traitors.

The Sultan’s soldiers came and said they would take Behram. While the soldiers were taking Behram to the Sultan’s room, Kutlu saw him and stabbed him. The fox tried to follow Tukhtav by looking at the trees, but one of the traps in the forest killed a soldier of Timur. Sultan got angry with Kutlu for injuring Behram and warned her harshly. One of Tukhtav’s traps caught Jalaluddin. As Tukhtav approached him to kill Shehzade, one of his own traps injured him.

Jalaluddin cut the rope of the trap and caught Tukhtav. Akshah caught one of Behram’s helpers in the market, but the man killed himself in order not to go to the prison. Turkan got angry with Aycicek for what Kutlu had done and threatened Kutlu. The doctor of the palace examined Behram’s situation and told the Sultan that he was unable to speak. The next day, Jalaluddin and Timur returned to the palace. Jalaluddin learned what Kutlu had done, but he did not get angry with her.

Jalaluddin asked that he would take Jihangir from Genghis and not do anything bad from Kutlu. While Genghis was speaking to the spy sent by Turkan, Jalaluddin left the palace. Alauddin learned that Jalaluddin had left the palace once again and he was very angry. Alauddin said he wanted to choose Jalaluddin as heir but he did not obey orders. The fox took Tukhtav to Genghis and asked Jihangir as a reward. Genghis said he would keep his promise and gave Jihanhir