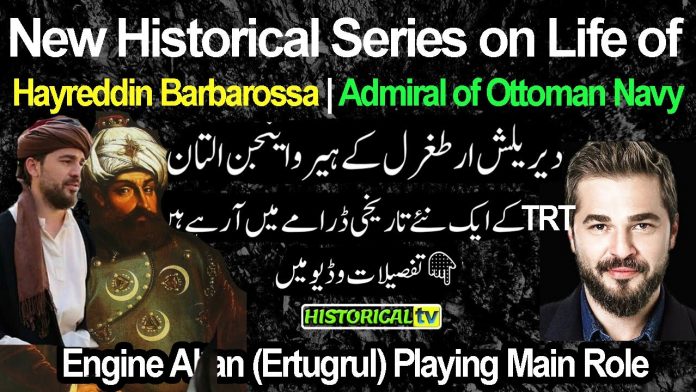 Welcome back with another exciting news on Historical TV. Today we have good news for the viewers of the Turkish Historical series. The most popular Turkish actor who is being liked in the entire world because of his remarkable role in the Dirilis Ertugrul season, Engin Altan Duzyatan will be perceived in a new historical series.

The formal channel of Turkey TRT has given thrilling news to its viewers. The next historical series has been produced by ES films; the story of the series will be based on the life history of great historical person Haydreddin Barbarossa. The series will comprise three seasons and its first season will be on-aired within the next three months. According to the official sources, CagatayUlusoy has left the series because of some personal reasons due to which the main role of the Ottoman Admiral Hayreddin Barbarossa will be portrayed by Engin Altan Duzyatan.

This high budget series is very vital for TRT1. Also, many assertions have been made on the social made that TRT management also desires to see Engin Altan Duzyatan on the screen again. Barbaros Hyreddin Pasha was born in Lesbos and nominated as Admiral of the Ottoman Navy by Sultan Suleiman the magnificent. Barbaros vanquished Algiers from Spain after which Algeria came into existence. He also vanquished Tunis in 1534 CE and passed away in 1545 CE after his retirement from the Ottoman Navy. So, stay tuned for another thrilling series of ever liked and loved Engin Altan Duzyatan. Keep viewing Historical TV.

The series will be officially released on the Turkish Channel TRT1. The exact date of release is not confirmed till now but we will update you soon. We will also update you on how to watch this upcoming thrilling historical series.