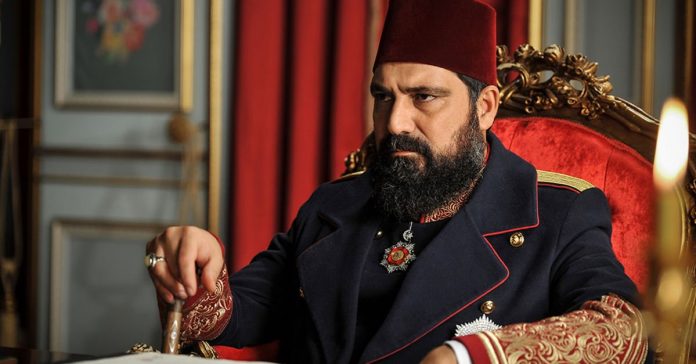 In the first scene of Payitaht Abdulhamid episode 131, Tahsin was telling Abdulhamid that Manyas was kidnapped by Grand Vizier. Abdulhamid ordered Tahsin to go after the Grand Vizier and try to find out what did he wants from Manyas. The Grand Vizier had taken Manyas to a house and interrogated him about his motives for making such a plan. Manyas told him that he did everything to use Grand Vizier for his aims. After some time, the Grand Vizier arrived at the palace and shared with Hunkar what he had done.

On the other side, Esref captured Armen and took him towards a warehouse. Abdulhamid made a scheme with Grand Vizier and asked him to further interrogate Manyas. Hence Grand Vizier went back to Manyas. Manyas revealed that Isaac was supposed to win the tender so that would give the Grand Vizier’s confession. Grand Vizier got back to Hunkar and shared all the information he had got from Manyas. Meanwhile, Ahmed had a meeting with Manyas. He told him that Grand Vizier was working for Abdulhamid. Manyas got panicked after learning that and exclaimed that Mason Pasha would get into the trap of Abdulhamid.

Meanwhile, Isaac was working day and night in order to win the contract and shared that with Hechler. Ahmed slipped inside Isaac’s office and saw a document there. Ahmed took this document to Manyas and showed it to him. Later he made a plan to save the Mason Pasha. Abdulhamid got the information from the newspaper that Isaac and the Grand Vizier had a partnership on a mine of iron. As traders who were participating in the tender got this news, they became uncomfortable and worried. Grand Vizier clarified that Isaac was his partner for so long and that was legal. Abdulhamid exclaimed that Isaac should win the tender at all costs and ordered Tahsin to move towards the post office while taking civilian soldiers with him.

Eventually, Isaac had won the contract. As Tahsin was waiting inside the post office, the Pashas started to come there one by one. Tahsin was surprised by this situation and he was feeling uncomfortable. Tahsin expressed that Abdulhamid invited the Pashas into the palace who arrived at the post office. In the last scene of Payitaht Abdulhamid episode 131, Abdulhamid was at his dinner table with Saliha. Mason Pasha came to meet Manyas secretly. Mason Pasha appreciated Manyas on his actions and suddenly revealed his face. Manyas was shocked to see that Mason Pasha was Tahsin.