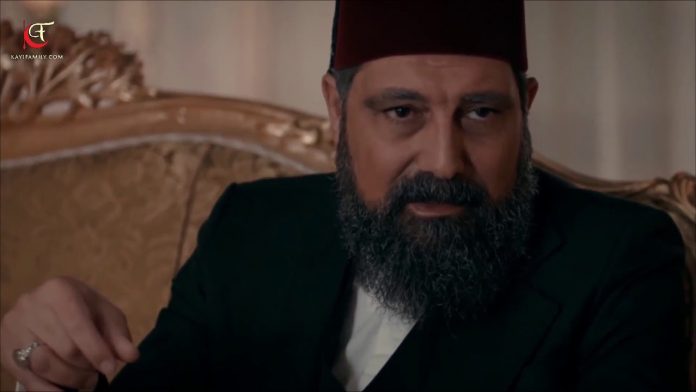 In the first scene of Payitaht Abdulhamid Episode 132, Tahsin saved Manyas and told him that he was a mason. Manyas shared with Tahsin the list of routes that could be used to go to Thessaloniki. Tahsin got back to the palace and shared everything with Abdulhamid.  Karekin started finding Esref in order to avenge Armen. Tatavlali got informed about the situation and made a scheme with Mika. Abdulhamid learned that the list was not present at the post office and Tahsin was sent to Manyas to talk to him.

As Manyas was going to see Tahsin, he observed that some agents were present around him.  A man in the street came to help Manyas and said that he had seen him in old dissident papers. Manyas trusted this new friend and asked him to convey a message to Tahsin. This man arrived at the palace and explained the situation to Abdulhaimd as he was the son of Hunkar, Ahmed Nuri. Hunkar assigned him a task and he left to talk to Manyas.

Ahmed met with Manyas and both of them set off together. As they were entering a hotel, Manyas noticed that there were the agents around him and got to learn that Tahsin was not a mason. Manyas and Ahmed headed towards the British embassy. While Manyas was waiting for Hechler, he demanded from Ahmed to give the list of routes to the real mason Pasha. After Ahmed was done negotiating with Hunkar, he headed towards a secret place, in order to give the list, but mason Pasha was hiding who he was. Ahmed was unable to understand that who was mason Pasha. After that time, Abdulhamid was discussing the ways through which mason Pasha would go to Thessaloniki and ordered Ahmed to arrest the mason Pasha.

Hunkar examined all the routes and reached the conclusion that the mason Pasha was journeying on the Kumkapi beach. Ahmed was unable to capture mason Pasha, but Abdulhamid saw him in a boat that was heading towards Thessaloniki. The Masons arranged a meeting at Thessaloniki in order to become the grand lodge. In the last scene of Payitaht Abdulhamid episode 132, Abdulhamid invited all Pashas to the meeting and revealed to them that Selim was a mason.