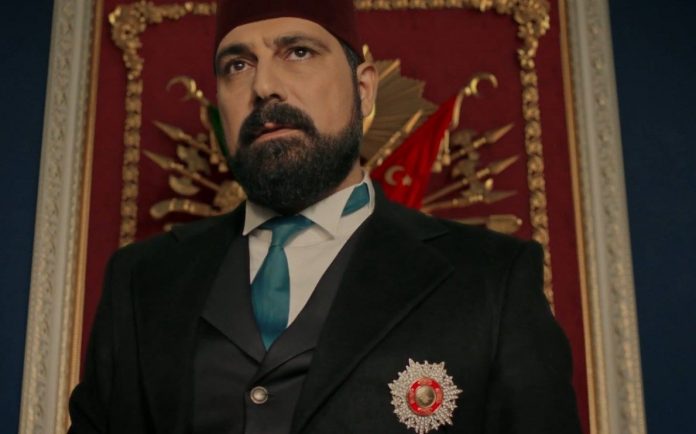 In the first scene of Payitaht Abdulhamid episode 134, Celeleddin arrested Ahmed Nuri and sent him to prison. Ahmed Nuri said to Hechler that he had placed the maps on the way to the dungeon. Hechler told Manyas that Ahmed Nuri had to be saved. Hence, Manyas conveyed a message to Celaleddin to save Ahmed Nuri. Ahmed Nuri had a conversation with Abdulhamid and together they devised a plan.

Esref got the information that Ali Osman was kidnapped by Tatavlali. On the other side, Abdulhamid declared that Russia would be attacked by Japan soon and ordered Pashas to follow the war. Fernandez shared the news of the war breakout with his mason friends. Manyas informed Hechler that Ahmed Nuri had been working for Hunkar. Meanwhile, Ahmed Nuri visited the embassy building and expressed that he had confessed all the things to Hunkar. Further, he said that he had done everything for Hechler. Hechler was happy after he heard the news and had taken his friends to a restaurant.

On his way back, Hechler purchased a red book from a store. Ahmed Nuri went after Hechler and later he shared what he saw with Hunkar. On the other side, Karasu expressed that Russia should lose the war and masons discussed the ways in which they could support the British. Abdulhamid said to Hechler that he had the information about everything. Hechler became panicked and headed towards the book store. Ahmed Nuri sent a fake bookseller to seize the Hechler’s book. Ahmed Nuri went first to the restaurant and then headed towards the secret safe while following Hechler.

Later Ahmed Nuri presented the evidence to Abdulhamid which he had taken from the safe. After that time, Abdulhamid called the Russian ambassador to the palace for a meeting and showed the evidence to him that the British were supporting Japan. The Russian diplomat had a discussion with Hechler and after that, they headed towards the palace. In the last scene of Payitaht Abdulhamid episode 134, Tahsin declared that the Hechler was not an ambassador anymore. Abdulhamid expressed that Hechler had lost and Hechler got fainted immediately.