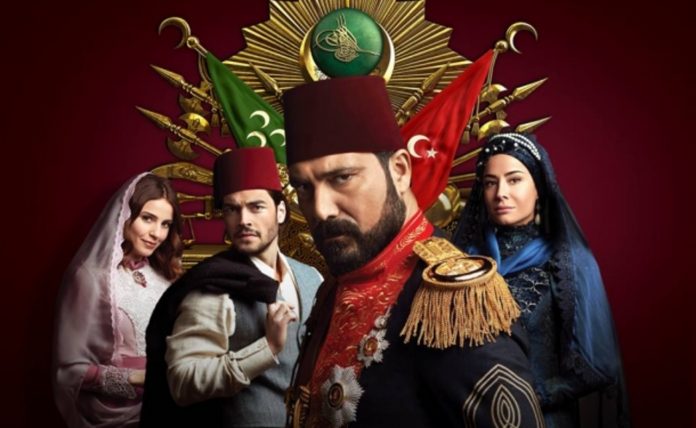 In the first scene of Payitaht Abdulhamid episode 135, Abdulhamid ordered the exile of Hechler from Ottoman lands and called Pashas. He discussed the Russian-Japanese war and gave his opinion that the Turks in Crimea should not join the war. He further invited the Russian ambassador to discuss the matter. The Russian diplomat proposed that Russian warships that are traveling in the Black Sea have to pass through the Bosporus so that Turks in Crimea will not join the war. Hechler painted the people on canvas who plan to dethrone Abdulhamid and he left for Thessaloniki.

The Grand Vizier Pasha and all other Pashas opposed to the idea of Russian ships traveling through the Bosporus and exclaimed that it was against the international agreements. On the other side, Masons got the information that the British would not support them any further. Hechler joined the meeting of Masons and they discussed the ways in which they could regain the British support. Selim had a conversation with Mason Pasha at the palace and informed Masons about the decision of Abdulhamid to allow Russian warships. At the same time, Aliye and Naime planned to give poison to Saliha.

As Esref was trying to find his son, he got to the Armenian orphanage and was attacked by Krikor. Meanwhile, Karasu paid a visit to a Russian diplomat and told him that he would send him the wireless telegram. Fernandez apologized and said that he would visit Payitaht with samples of wireless telegraph machines. On the other side, Ahmed Nuri learned that some of the Masons were seen at the British embassy and realized that Hechler was planning something. Manyas got information that Hechler’s plan was to persuade Ottomans to join the war and conveyed all of this to Ahmed Nuri.

Firstly, Hechler composed and sent the message to Russian warships in which he asked them to arrive at Payitaht and then conveyed to the committee of Japan that a Russian warship had just arrived. Ahmed Nuri revealed the plans of Hechler to Abdulhamid. In the last scene of Payitaht Abdulhamid episode 135, Hunkar arrived at the port accompanying Hechler and the Japanese committee. The members of the committee searched the ships for weapons but didn’t find any on board. Hence, Abdulhamid declared that Hechler had finally lost and he was ordered to leave the Ottoman lands.