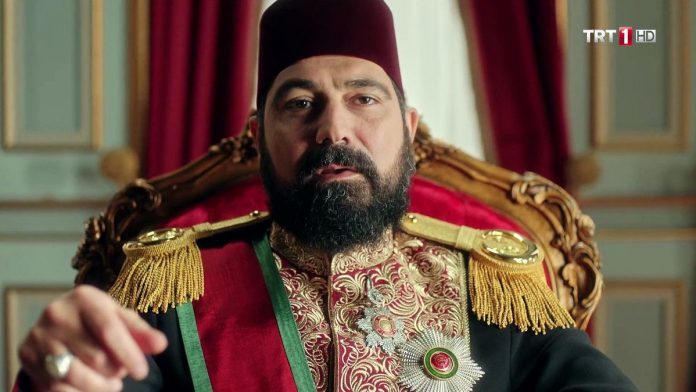 In the first scene of Payitaht Abdulhamid episode 136, Abdulhamid exclaimed that he had got rid of Hechler and helped the Turks of the Crimea. As Hechler was moving towards London, Ahmed met him and persuaded him to take some action. On the next day, Abdulhamid said that he desired to pay the Public Debt Administration’s debt and he had a meeting with some economists in which he discussed this issue. The Pashas were happy to hear this news and listened to the plan of Hunkar.

Hechler reached Thessaloniki and had a meeting there with the masons. At the same time, Selim arrived and said that Hunkar had taken action to pay the debts of the Ottoman Empire. Hechler stated that Britain will never allow anything like that and sent Cassel to Payitaht. Abdulhamid gathered the information about debts from some of the economists. On the other side, Aliye gave an antidote to Saliha in order to save herself. Finally, Mika was able to take over the post office company he wanted and the first thing he had done was to wake up the soldiers who were sleeping in the large boxes.

The soldiers killed those economists who had helped Abdulhamid. Abdulhamid summoned Esref after this incident and discussed the plan of action with him. Saliha was recovered back to health and told Naime everything will change now due to the events which took place. Ahmed trusted Hechler’s story and sent a telegram with the message that Tevfik was a traitor. Due to this telegram, Talat realized that Ahmed was Shehzade.

Esref had taken Cassel to a hotel and then planned to send him to the palace. Cassel understood his motives and before leaving for the palace he had written a secret note to his soldiers. As Esref was thinking that his plan would work, the soldiers attacked the hotel. Nadir observed his brother was fighting among the soldiers. Meanwhile, Talat had a secret meeting with Manyas and told him about the real identity of Ahmed. Hechlers declared that he planned to go to London after having a meeting with mason Pasha. Nerva took advantage of the situation and made Nadir hostage.  In the last scene of Payitaht Abdulhamid episode 136, Cassel arrived at the palace. Abdulhamid recognized him and said that he already knew Cassel.