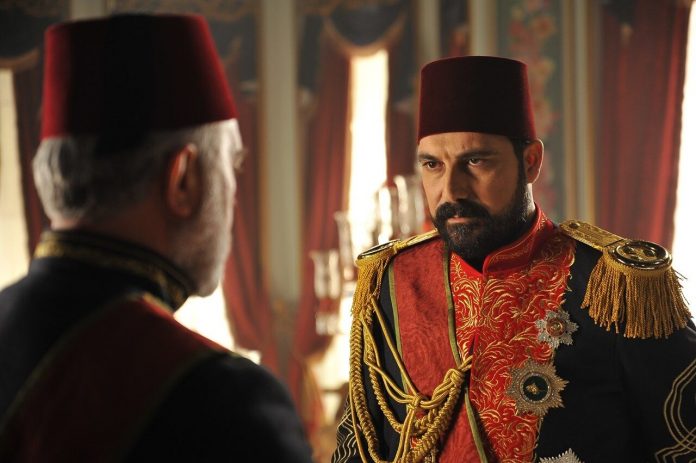 In the first scene of Payitaht Abdulhamid episode 139, Osman got seriously injured when he came back from saving Tahsin and he was instantly taken to the hospital by Esref. As Pashas were discussing Tahsin in the palace, Hunkar informed them that he had not got back to the palace yet. The Karasu’s plan didn’t work and Cassel stabbed his hand. He said that he was in control now.  Abdulhamid inquired Naime about her decision of selling the mansion, but he didn’t believe her answer. The vizier suggested that the new bonds must be sold in front of the journalists. Abdulhamid accepted his suggestion and ordered him to search for a merchant to do this job.

Cassel made a scheme to sell fake bonds. The British diplomat arrived at the palace and informed Hunkar about the recent events that took place in India. Abdulhamid declared that he would help them in return for the Tahsin’s freedom. Following Abdulhamid’s plan, Riza caught Nerva’s attention. Ahmed Nuri tried to arrest Nerva but failed. Meanwhile, Cassel arrived at the palace and exclaimed that he desired to buy some new bonds. Hunkar was happy to learn this and invited him to the ceremony that would be taking place at the palace.

Karasu and Sabahaddin had taken the fake inks to the mints. After that, Cassel went to meet the British ambassador and informed him that the mufti that went to the palace had already told Hunkar about the Russian requests. Naime had found the secret letter in the Emsal’s room and ordered her arrest. On the other side, Riza headed towards a place with the beggars as she was carrying out the second part of the plan. But Ahmed was unable to arrest Nerva. Hunkar came to know that Naime’s bank account had no money deposits.

Tahsin suggested that they must go to the lodge with Riza as the third part of the plan.  At the same time, the vizier started the sale of the new bonds. Tahsin, Nerva, and Riza headed towards the lodge. Ahmed Nuri was finally able to rescue Pashas. In the last scene of Payitaht Abdulhamid episode 139, Cassel and Lorenzo had bought the new bonds. As Tahsin was reaching the palace, Lorenzo returned there. Lorenzo revealed that the new bonds were fake.