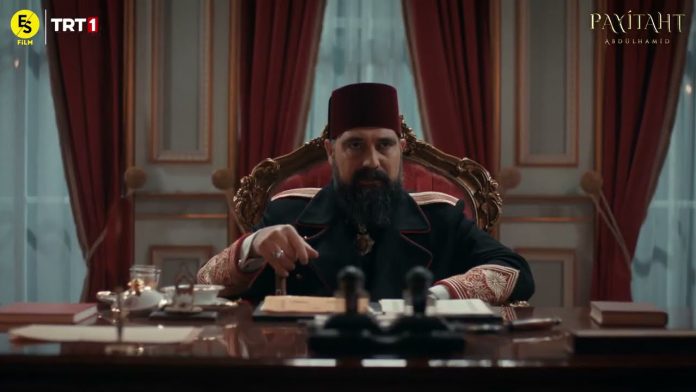 Mahmud said he would take care of this and asked the envoys to prepare for the second Reval talks. Mahmud went to another room and asked where Ahmed was. Kani came into the room and said that Hunkar had sent Ahmed to Paris. Meanwhile, Necip told Selim to take action. Selim came out of his hiding place in the embassy building and using the gun in his hand, he kidnapped Mahmud in front of everyone. Sabahaddin thought that his father would die, but Talat took him to the meeting place of the secret agency Mahmud established years ago.

Shehzade told Hunkar the man he saw at the bakery. Hunkar learned that Selim had kidnapped Mahmud and asked Tahir to help Necip. Some men from Mika’s tribe arrived in Payitaht on a ship to avenge him. One of the Armenian terrorists detonated a bomb in the port and other terrorists fled. Hunkar spoke with some engineering students and listened to their opinions about the state.

Mahmud said that Selim made a huge mistake and made some offers to him. Esref said he would sell the funeral company to lure Armenian terrorists. Tahir saw Hassan following Necip and told him what he had to do. Tahir then spoke to Shehzade and told him that he would bring more soldiers from the palace. Terrorists attacked the warehouse, but Esref killed most of them. A terrorist shot Esref in the back and killed him. Soghutlu told Hunkar that Esref was killed.

Others who are searching for watching Payitaht Abdulhamid Episode 150 English Subtitles free of cost, they need not worry as we have brought the solution. You may watch Payitaht Abdulhamid Episode 150 English Subtitles here, but there will be some ads too. Keep visiting historicales.com for all the updates regarding the TV series and Historical knowledge. Please click below button.