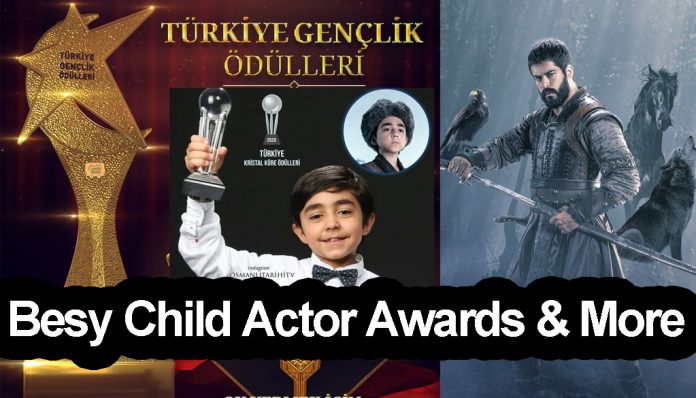 Crystal Globe Awards is one of the prestigious award ceremony of Turkey and was held on 22 January 2021. It was held from the 15th of November to the 30th of November through online voting for electing the bests of Turkey by the people.

The Turkish TV series Kurulus Osman was chosen by the audience to be awarded. The “ Best Child Actor of the Year” award was presented to Oguz Kara who played the role of Ahmed Alp in this season of Kurulus Osman. He played the role of the child who had lost his family in the war and was taken to the Byzantine castle as a prisoner. But he was rescued by Osman Bey safely from the castle and brought to the Kayi tribe.

The award for the “ Best Actress of the Year” was presented to Ozge Torer. Ozge Torer played the role of Bala Hatun in the TV series Kurulus Osman. Bala Hatun was the wife of Osman Bey and the daughter of Sheikh Edebali. Kurtulus Osman series had also won other awards. Aysen Gurer who portrayed the character of “Helen” won the award of “ Best Debut Actress of the Year”.

Helen was the character who helped the biggest enemies of Osman such as Aya Nikola and Princess Sofia. Emel Dede received the award of “ Best Supporting Actress of the Year”. Emel played the role of Gonca Hatun who was the best friend of Bala Hatun. In the latest episode of Kurulus Osman, Gonca is about to marry the best Alp of Osman, Boran.

Including all these awards, Kurulus Osman won a total of eight awards. The Tv series Kurulus Osman had received awards from different countries and Turkey so far. The TV series will receive more awards as it is still aired every Wednesday evening.