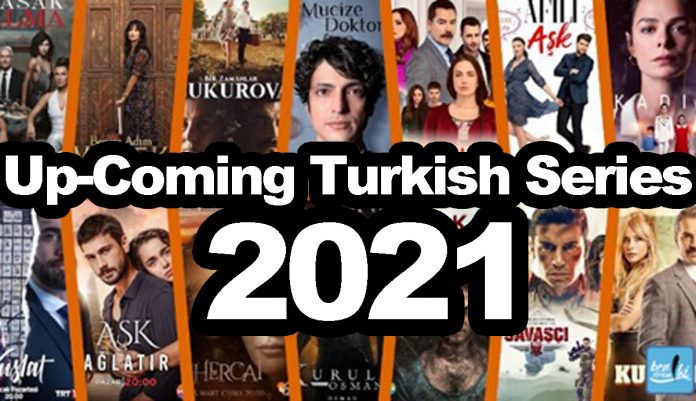 Ozan and Elif are a couple who are about to get married. This couple works as journalists and is after big news. While everything is going very well for Ozan and Elif, Ozan has an accident and loses his life. While Elif is experiencing the shock of this accident, Ozan comes back to life in the body of another man. It would be difficult for Ozan to accept this situation. Time passes and Ozan goes after those who killed him and tries to tell Elif all the facts.

Maria comes from South America to Turkey and meets Mustafa. Mustafa is the son of a wealthy family from Urgup. After a short while, love begins between them, but life will not be easy for them because of Mustafa’s family.

Adapted from Dr. Gulseren Budayicioglu’s book, the series will describe a psychologist’s interviews with her patients and how she is trying to help them. There is a famous name like Binnur Kaya in the lead role of the series. Kirmizi Oda (Red Room), one of the rare Turkish-made psychological series, is eagerly awaited by the audience.

Ali Riza, a brave and decent man, makes a living by driving a taxi. One day, Halide gets into the taxi of Ali, the daughter of the mafia leader, and undesirable incidents immediately follow. Ali Riza saves Halide and after this incident his whole life changes. An endless fight begins between Halide’s father and Ali Riza. Ariza, one of the most anticipated series of the new season, will begin broadcasting in September.

Safiye, Gulben, and Han are three siblings who have a sick father. Each sibling has different characteristics. Han tries to keep the family afloat by working constantly. One day, Han and Inci meet and this event changes Han’s life. For the first time, Han begins to pursue his own happiness.

One day Golge (Shadow), a hitman working for the mafia, is betrayed. While Golge escapes from the mob searching for him, he hides in a small tailor shop. People who live on the street think Golge is the son of the late tailor shop. Golge accepts this new situation and starts a new life.

The life of Abdulkadir Geylani (Abdul Qadir Gilani), one of the most important names in the history of Islam, his life, the difficulties he faced, and many other things about him started to be prepared as a television series. The broadcast date of the television series, which has important actors, is not yet clear.