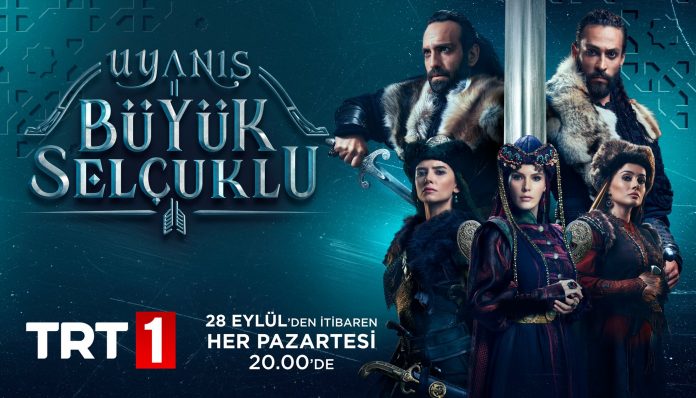 In the first scene of  Uyanis Buyuk Selcuklu Episode 10, Sanjar took Turna immediately for her treatment. Yorgos percieved that he would not be able to visit the port and set off towards the castle. On the other side, Hassan and his soldiers became successful in catching Dai. Hassan and Behram discussed Dai and reached to the conclusion that Dai had already made so many mistakes. Certain steps should be taken in order to change the situation. So, Hassan killed Dai by stabbing him in the heart. Meanwhile, Elcin and Tapar confronted the rebels and the army of Melik Shah arrived.

As soon as Dukas died, the Byzantine diplomat declared that Sanjar was guilty and demanded his immediate execution. Nizam had a secret meeting with Sanjar and instructed him that he should not take any further step. Before taking off, Sanjar met Melik Shah and told him that he intended the retrieval of the relics. All of sudden, Yorgos entered the castle and had brought relics with him. Andreas was extremely angry because of the situation. Turna shared all the information with her father, therefore Itebar accepted the plan made by Sanjar.

Basulu reached the palace and met Nizam to tell him that his son must be protected, otherwise all the secrets would be disclosed. Terken went to Seferye’s room and added poison in the candles while she was calling Basulu. Hassan arranged a secret meeting with his comrades and told them that he plans to take them to heaven. The Fatimids listened carefully to Hassan’s new plan and made a decision of selecting him as a new Dai. Seferiye moved out of her bed and asked Tapar to forgive her. Witnessing the scenario, Terken got disturbed and started looking for Basulu.

Sanjar slipped into the castle and Hassan conveyed a message to Andreas that Sanjar was in the castle. Suddenly Hassan got a cut on his hand while he was trying to enter the secret room of the palace. Terken reached to Basulu’s grave and scrutinized the nearby houses. In the last scene of Uyanis Buyuk Selcuklu episode 10,  Andreas arrested Sanjar after getting the message from Hassan and told him that he intended to send his head to Melik Shah.