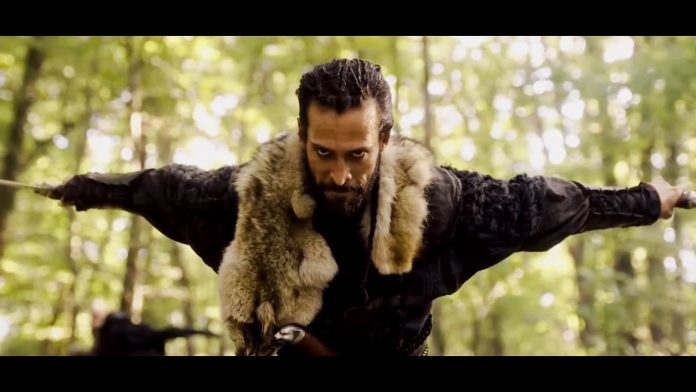 In the first scene of Uyanis Buyuk Selcuklu Episode 12, Sanjar expressed his trust in the justice of Melik Shah. Melik Shah commanded the arrest of Sanjar and his friends. On the other side Dukas’s son Anton slipped away to hand over the necklace of the his mother’s murderer. Nizam was finding Anton in order to save Sanjar. Arslantas shared what had happened to his family and brother with Sanjar.

Terken had a secret meeting with a fortune teller who told her about certain facts. As Elcin was playing kopuz inside the palace, Melik Shah arrived and appreciated the music that was made by her. Terken was not comfortable with the strong relationship between Melik Shah and Elcin. He headed towards the plain to meet with Basulu and inform her that Sanjar was fine. Meanwhile, Hassan entered in the secret room of Nizam and wrote the copies of notes. On the next day, Hassan had a meeting with Behram. Hassan revealed that Arslantas brother Rustem had used the present situation in order to plan for destroying Nizam.

Nizam saved the life of Anton and from Fatimids and instantly headed towards palace for safe return. In the palace, a court was established in which Ghazali was elected to become a judge of the court. Byzantine diplomat held Sanjar responsible for the murder of Dukas and his wife. Ghazi asked for the evidence of the charges. Sanjar defended himself and said that his motive was to get the relics back at all costs. Turna defended Sajnar and said that he was blameless but Ghazali blamed Sanjar for kidnapping Dukas which had indirectly caused his death. At that time, Anton and Nizam entered the palace and Anton handed over the of the murderer of his mother to Ghazali. It was proved that Rustem was the one who was guilty and Ghazali declared that Sanjar was innocent.

Hassan sent a secret message to the Arslantas which was received by him. Sanjar was assigned a new task from Melik Shah of finding Rustem. Behram revealed in front of Arslantas that Rustem was his brother and Sanjar plans to kill him. In the last scene of Uyanis Buyuk Selcuklu Episode 12, Sanjar discovered the Rustem in the forest and wounded him. While Sanjar was arresting Rustem, Arslantas shot an arrow at the back of Sanjar and injured him.