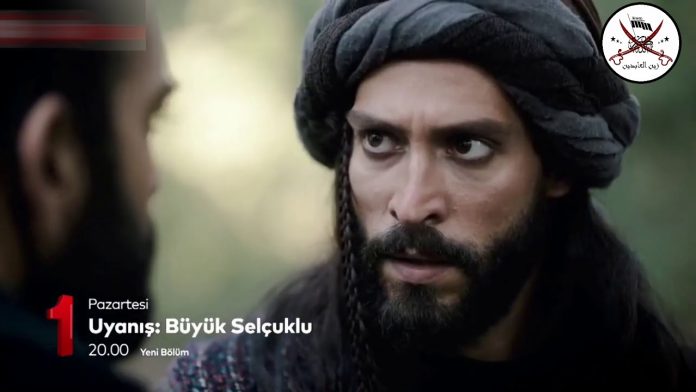 In the first scene of Uyanis Buyuk Selcuklu episode 14, Sanjar arrested Arslantas and brought him to Hamdani to help him. Tapar became very angry and had a fight with Sanjar. As Melik Shah was planning to call his son Berkyaruq to the palace, he got the news that Nizam was injured and rushed to see him instantly. Terken made a decision of replacing the Nizam with Tajul. Turna reported to Melik Shah that Nizam was much better than before. As Terken heard this, she asked her maid to add poison to Nizam’s medicine.

On the other side, Hamdani had the meeting with Arslantas and afterward, they sang hymns together. Arslantas realized that he did wrong things with Nizam and regretted that. Meanwhile, Tapar interrogated a Byzantine soldier and got information that Andreas was behind all the explosions. Tapar shared this information with his father. Melik shah conveyed this message to the Byzantine emperor through a letter. Faysal paid a visit to Hassan and discussed what to do with him.

Tajul headed towards the plain to Sanjar and tried to arrest Basulu forcefully. When Basulu opposed, Tajul slapped her. Behram informed Andreas about the letter which Melik Shah sent to the Byzantine emperor. Andreas realized that the situation was very dangerous and said he would murder Melik Shah. Sanjar stopped Tajul and hit him for beating his mother. After a while, Tajul arrived at the palace and lied to Melik Shah about Sanjar. Melik Shah immediately left the palace in order to look for Sanjar.

Andreas was waiting to attack Melik Shah in the forest. Sanjar headed towards the address he got from Arslantas. While Hassan was finding Arslantas mother in the forest, he saw Sanjar there and started to leave. Sanjar slew the Fatimids and then went after Dai. In the last scene of Uyanis Buyuk Selcuklu episode 14,  Melik Shah came to see Sanjar and asked him why he was not taking his orders anymore. Sanjar told him about the actions of Tajul and defended himself. Melik Shah exclaimed that he must follow the orders at all costs and slapped Sanjar on his face.