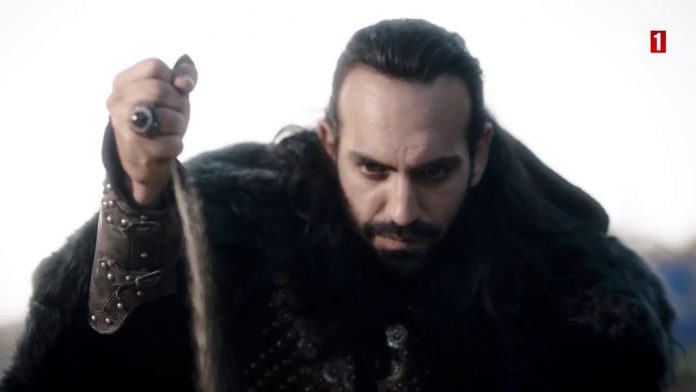 In the first scene of Uyanis Buyuk Selcuklu episode 15, Melik Shah got the news that Nizam had been poisoned and he left to get back to the palace instantly. In the forest, Dai was found by Sanjar, but after Rustem killed his mother, Dai ran away. Terken declared that Turna is responsible for poisoning Nizam and she was sent to the dungeon. After that Melik Shah found out that the culprit was someone else. Arslantas got information that Rustem had killed his mother and he promised to take revenge on him. Melik Shah headed towards the lodge to arrest Arslantas but after he talked to Hamdani, he changed his mind and got back to the palace.

Elcin thought that Terken had poisoned Nizam and planned to look for the wizard who created the poison in order to prove that. On the other side, Melik Shah got informed that the attackers in the forest were Andreas and his men. Melik Shah reached the conclusion that he needs to attack Kuvel Fortress and murder Andreas. During that time, the Byzantine emperor called a warrior named Marcus to Constantinople and commanded him to attack the Turks in Anatolia.

Rustem came back to Shalamzar in order to retrieve the secret book of Fatimids and treasures. Sanjar came after Rustem and slipped into one of the old homes of Fatimids. Sanjar and his friend just entered while Faysal was telling Rustem where he needed to go, but they were unable to find Rustem. Khayyam gave the herb for the antidote of Nizam to Turna and the life of Nizam was saved.

On the very next day, Sanjar started his inquiry and he investigated all the mine cars that were coming from Shalamzar. Faysal was hiding Rustem inside a mine car but Sanjar made it clear to him that he wanted his car checked. At the same time, Tapar arrived there and captured Sanjar for not following the orders. Melik Shah got ready for the war and set off earlier after saying goodbye to his family. Tapar brought Sanjar to the palace and then Arslantas reached there with Rustem. In the last scene of Uyanis Buyuk Selcuklu episode 15, Melik Shah asked God for help and prayed, before starting the war. The war took too long to last, but the Turks came out as a winner. Andreas tried to save his life by offering a deal, but Melik Shah refused his offer and killed him then and there.