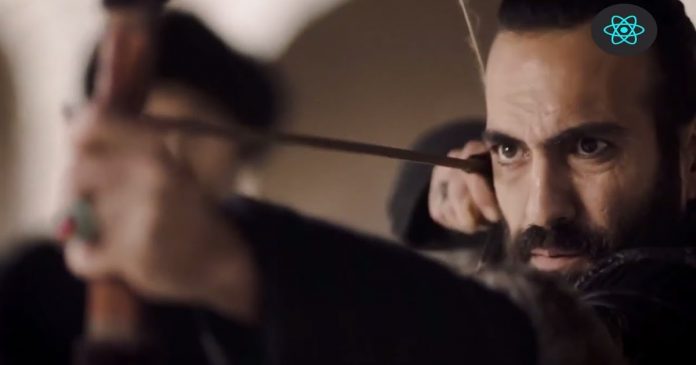 In the first scene of Uyanis Buyuk Selcuklu episode 17, Sanjar arrested Hassan as he was receiving the secret book and interrogated him. Hassan told Sanjar that he was not guilty. Markus attacked both of them and took them and the book to the palace. Tapar and his men helped Sanjar. Meanwhile, Eynar had taken hold of the book and run away. Melik Shah ordered the search for Firdevs but she had committed suicide. Hence, Melik Shah assigned one task to Elcin in Anatolia, and Terken was dismissed.

Sanjar had taken back the book and headed towards the palace. Melik Shah made inquiries from Sanjar and Hassan. Hassan defended himself and said that he was innocent. Melik Shah did not trust him, but Nizam defended him and so he changed the decision. The men of Markus attacked Elcin while she was on her way to Anatolia. Elcin was saved by a Hatun who was Melik Shah’s wife, Zubeyde. Ghazali had started working on interpreting the words of the book. As Zubeyde arrived at the palace, Melik Shah declared that she will be the new head of Hatun.

Melik Shah presented a gift to Sanjar and inquired about his family. Hassan wanted Faysal to get married to Turna so that Sanjar could be harmed. Melik Shah realized that her mother will recover if she gets some fresh air and sent him on the trip. Meanwhile, Faysal visited Itebar and said that he desired to marry Turna in order to save the trade between them. On the other side, Seferiye went to see Kinik and came to know that Basulu was still alive. Seferiye said to Tapar that Basulu was his mother, but because of her illness, Tapar did not believe her.

Sanjar arrived at Kinik with Turna and talked to his mother. After that time, the wedding was celebrated at the plain. After the ceremony, Sanjar brought Turna to her home. Itebar expressed that Turna should get married to Faysal. On his way back, Sanjar got to know that Markus’s men had planned to attack those who left the plain. In the last scene of Uyanis Buyul Selcuklu episode 17, Markus murdered Korkut and many of the other soldiers. Arslantas and Basulu got wounded. As Sanjar arrived at the battlefield, his mother had already died.