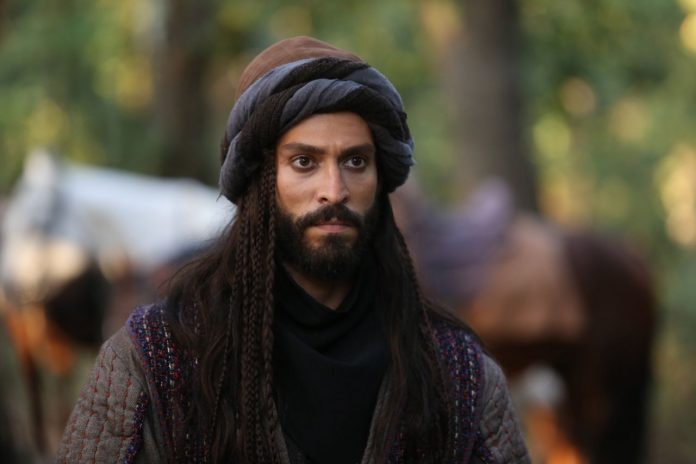 In the first scene of Uyanis Buyuk Selcuklu episode 19, Sanjar was just about to kill Markus but Fatimids saved him. Markus and Faysal took Behram with them and went to the secret place in a forest, but Behram got caught by Sanjar. Behram revealed that only Hassan has knowledge of the location of the secret cellar. Hence, Sanjar killed Behram. The Turkish soldiers were about to arrest Hassan but a woman rescued him. Markus met that woman and she told him that she’s Livya. Livya had taken Markus and Faysal to the cave where Hassan was treated.

Melik Shah came to know that Hassan was alive and assigned the task of following gold and Tapar to Sanjar. Zubeyde had a conversation with Basulu in Kinik plain and after that, she returned to the palace and said to Nizam that she knew about the secret. When Tapar was heading towards Kuvel, Markus ran away in secret. Zubeyde said to Nizam that she would reveal the truth to Melik Shah. Nizam expressed that he had done everything for the state and when the time comes the secret will be opened.

Terken came to know that she was pregnant and shared this news with Melik Shah immediately. Hassan went to the grave of Behram and said he will take revenge on Sanjar. Hassan gave poison to Livya in order to kill Sanjar. But Livya was unable to kill Sanjar that night and gave that poison to Markus. On the next morning, Sanjar followed the Byzantine merchant. At the same time, Nizam reported to Melik Shah that the new crusaders were heading towards the north of the forest. Markus gets the information that Melik Shah had arrived at the forest and ordered his soldiers to poison the Sultan.

Melik Shah was heading to the south of the forest to help Sanjar and got attacked by Markus’s soldiers who threw poisonous dust into his face. Sanjar came to know that he was trapped and he learned that from the soldier who was captured by him. Therefore, he began to move towards the north. In the last scene of Uyanis Buyuk Selcuklu episode 19, Hassan blocked the path of Sanjar and said that he would kill his friends. Melik Shah got there to help Sanjar but the poison already had spread in his body and affected him. One of Hassan’s soldiers shot Sultan with his arrow and Melik Shah passed out.