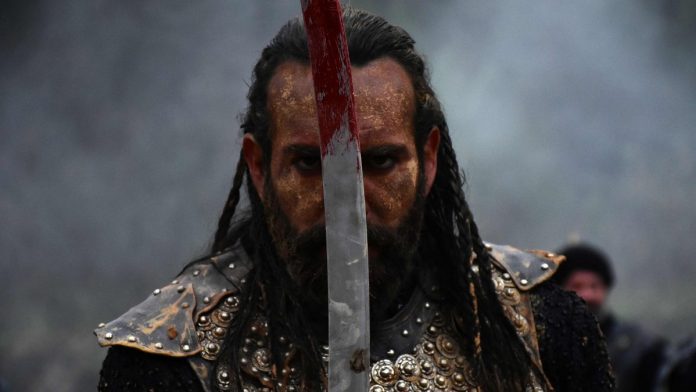 In the first scene of Uyanis Buyuk Selcuklu episode 21,  Terken was about to meet Basulu and suddenly Zubeyde arrived. Melik Shah became conscious and instantly got ready to get back to the palace. Nizam and the Turkish soldiers launched the attack. Soon Sanjar arrested Albert and captured the chest of secrets. Prince came to know about Albert’s arrest and was angry with Hassan. Melik Shah soon realizes what events took place in his absence. Nizam, Sanjar, and Tapar got back to the palace.

Melik Shah tried to interrogate Albert but didn’t get any answer. Therefore, he ordered Sanjar to shift Albert to the safer castle. Tajul informed Hassan about the place where Albert was going and he ordered Markus to attack the Turks. Markus had set the trap with the soldiers that he had received from the Prince, but the soldiers got killed by Melik Shah. Melik Shah was looking for Markus but  Markus was hiding in a grave.

The Sultan’s choice of leader was Sanjar and he was the candidate to become the leader of the Kinik tribe. The Prince decided to attack the Turks through the soldiers that were sent by the Emperor. Nizam declared that the Prince had broken the peace treaty and the Byzantine soldiers were advancing from the North. Sultan decided to launch the attack on Kuvel with all his army and invited the tribal leaders of Anatolia to the palace. Zubeyde asked her son Berkyaruq to send the steel to the palace at the request of the Sultan, which will be used for giant catapults.

Tajul informed Hassan about the route that would be used by the steel-laden cars. Hassan and Markus together attacked the cars and captured all the steel.  Melik Shah informed the tribal leaders that the Byzantines had broken the peace treaty and there wouldn’t be any more peace. Sanjar headed towards the house of Turna with his mother and friends, but when he got there, he saw that Itebar was already poisoned by Faysal. In the last scene of Uyanis Buyuk Selcuklu episode 21, the Sultan’s brother arrived at the palace and discussed all the bad events. Melik Shah warned his brother and said to him that he was crossing the limit. Turkish kept on talking and revealed that Sultan had a secret son.