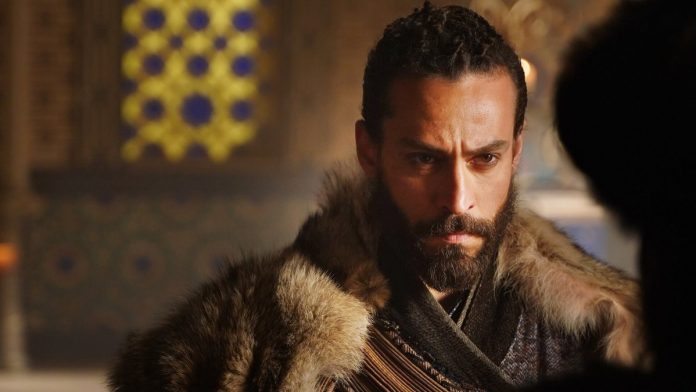 In the first scene of Uyanis Buyuk Selcuklu episode 25, Tapar said to Basulu that he already knew everything. Basulu defended herself and said that she did everything for the state and Melik Shah, but Tapar was not ready to listen to her. Meanwhile, Sanjar headed towards the meeting place and saw that all the Turkmen Beys got killed. Later, Tapar headed towards the palace to meet his father, but he was stopped by Nizam and Zubeyde. Hassan set off towards the castle in order to heal the Prince.

At the same time, Tekish attended the funeral of the deceased Turkmen and enraged the other Turkmen against Sultan. Terken became doubtful of Zubeyde’s actions and planned to look into the issue of Basulu further. Tapar had no discussion with his father and he went to the workshop. On the other side, Hassan had a conversation with Cemali and he convinced him to gain more connections. Basulu got upset and was sick because of things Tapar had said. That night Sanjar visited the workshop and asked Tapar to speak to his mother.

Several of the men slipped inside the Kuvel fortress and attacked the guards. One of them got inside the Prince’s room. The Prince saw that the man was Mitras who was the twin brother of Markus. He expressed that he would avenge his dead brother and murdered the Prince on the spot. Later, Hassan arrived there as Mitras was busy talking to soldiers at the castle. Mitras noticed the identity of Hassan and offered to work with him together. Sanjar planned to expose Tekish as a traitor but Tajul ruined the plan.

Hence, Tekish was gathering the Turkmen and convinced them to be on his side. Tapar had a secret meeting with Basulu and he apologized to her. Nizam issued the warning for Tekish and the Turkmen. Meanwhile, Mitras sent a man to bring Livya back. Melik Shah got angry with Tekish and Turkmen due to their rebellion. In the last scene of Uyanis Buyuk Selcuklu episode 25, Turna was watching Basulu and Tapar from distance. Suddenly Hassan caught her and then saw Tapar. Watch Full Episode here