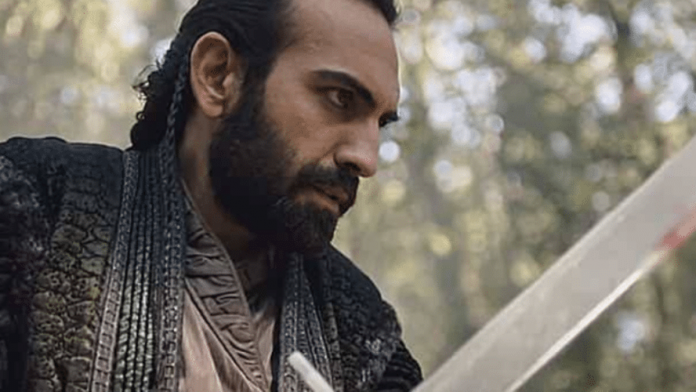 In the first scene of Uyanis Buyuk Selcuklu episode 27, Melik Shah arrested Tekish in the forest and ordered his soldiers to keep him in the dungeon. But, Tekish escaped with the help of Mitras. Melik Shah caught soldiers of Tekish and came to know that he had trained fifteen thousand soldiers in Khorasan. Hassan got information about the identity of Basulu and declared that he would use this information when the time comes. Nizam came to know that there is a traitor at the observatory and decided to reveal the person.

Tekish killed the soldiers of the Sultan and ordered his soldiers in Khorasan to battle. Khayyam’s student Fida had stolen the secret documents related to the calendar and headed towards the forest. Terken and Zubeyde had an argument on the war decision of the Sultan. Mitras had a meeting with Hassan and they made some future plans together. As Fida was about to give Hassan’s documents, the Turks attacked. Nizam got injured during the war and Sanjar was able to retrieve the documents and relics.

Sanjar got back to the plain and decided to hold a meeting with Turkmen Beys. Albert headed towards the lodge with Ghazali and listened to the hymns that were sung there. Later, Albert became Muslim and named himself Abdullah Ali. Nizam sent a message to the soldiers of Khorasan and ordered them not to help Tekish. He suggested to Sultan that he should choose his heir in order to avoid any possible worst situation. Therefore, Melik Shah invited everyone in the palace for a meeting and announced that Berkyaruq was the heir.

Terken was feeling quite uncomfortable with this situation and decided to do some things with the help of Karakhanids state. Sanjar said to Turkmen Beys that they were supposed to support the Sultan. Melik Shah came to know that Tekish’s army was heading towards the great valley and ordered his soldiers to prepare for the battle. On the next morning, Melik Shah ordered Zubeyde to protect the palace and then headed towards the battlefield with his army. In the last scene of Uyanis Buyuk Selcuklu episode 27, Sultan saw less than half of the soldiers that Tekish had expected, and he decided to fight one on one with his brother. Melik Shah defeated Tekish and strangled him with a bow rope.